I can't believe I am so busy all of a sudden!!! Excuse me if this post sounds disoriented. My thoughts don't really have a proper flow today.

So, I have been busy. Though I have plenty of time on my hands after I come back from work, I am too tired to do anything..

The whole week was spent in doing work. Though I get tired, I am sort-of liking it now.   Actually, I don't know whether I am liking it or getting used to it but trying not to worry about that too much.

Bangalore was both good and bad. I'm still pretty shaken..and cannot think clearly at all.

I finally found a Lush lip scrub there: 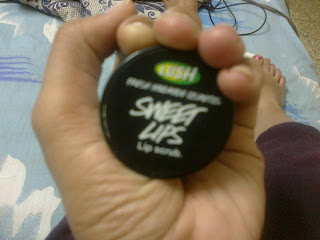 Was looking for a lip scrub for a long time.. I had heard of Lush's Bubblegum lip scrub but didn't know they had it in Mint Julep and Chocolate too. Needless to mention, I bought Chocolate. These scrubs are edible and tasty.. I have never been to any of the Lush stores in Bombay. For a long time, I was under the impression that they don't sell in India. I was very happy at finding it at a mall in Bangalore. The product is not AS GOOD as I expected it to be. :S I don't like the fact that it's sticky, and it doesn't do the job of removing the dead skin too well. I want to try other Lush products but their prices are pretty steep. This small lip scrub cost me 640INR!

My journey back to Hyderabad was real good. I was amazed by looking at the bus interiors. I had never seen a bus like that before!

I had booked it on redBus and the bus was "Dhanunjaya Travels". The interior of the bus was completely like a Two Tier AC train coach! This was the corridor: 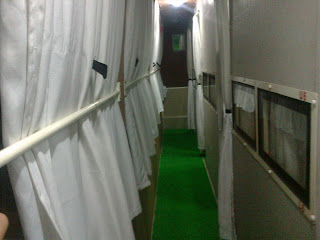 The left side was the single sleeper side, meaning, it had two beds each- above and below. The right side, however, was a double sleeper, meaning it had four beds- two above & two below facing each other. The bus was clean & fully air conditioned, every "compartment" had a movie screen, curtains, pillows, blankets, personal plug points for charging your laptop or phone. Except for the fact that it didn't have a restroom and that the roads were still bumpy (they are roads after all), it was even better than a train!! It was the first time I saw something like that.. 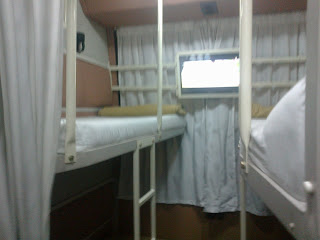 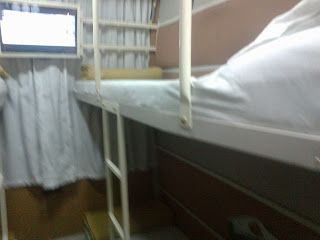 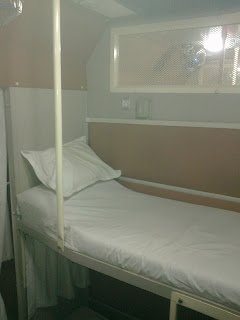 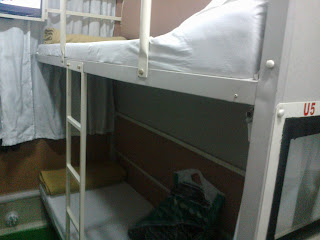 Isn't this ladder much more convenient to climb on than the side ladder in the trains? Mine was the upper berth! :)
A couple of days back, Nissim- the friend I am staying with currently, introduced me to his friend and the friend's wife. It was her birthday and we had gone to their place to have dinner twice - on the day of her birthday and a day before that. 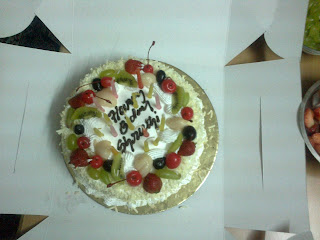 I had a real nice time chatting with them. Laughed quite a bit after a long time. Too bad they are leaving this place soon. I told them about the "train" bus too. They thought me to be silly though. They had been on such buses before and it was nothing new for them at all. :-| Guess I was the only one :P

Today was Holi and it didn't feel like Holi at all since I had to go to work. And in any case, the festivals here are not as grandly celebrated as they are in Bombay! Nissim's mother had sent some puran polis along with him when he went to Bombay last weekend. For those who don't know, it's a dish prepared especially during Holi. It's like chapati with some sweet stuffing in it. We had totally forgotten about them and ate them just today for dinner.. and suddenly, Holi felt like Holi again :) 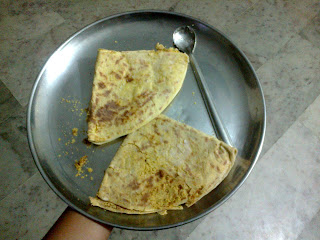 I haven't been on such buses too.

Buses are very good in South India! and mostly people travel by those. You were here in Bangalore??

My wife and i

joyous when Louis could complete his survey through your

precious recommendations he obtained out of the weblog. cheap toms shoes ,It's not at all

simplistic just to happen to be making a gift of steps which often many people could have been trying to sell. We really acknowledge

owner to give thanks to

because of that. Those explanations you have made, the

friendships [url=http://www.cheap-toms-outlet.com]toms shoes outlet[/url] you can assist to promote - it's got all

excellent, and it's leading our son and us recognize that that topic is enjoyable, and that's really

important. Many thanks for the whole lot!

you the little bit of

note to be able to give many thanks once again

fantastic tips you have shared in this

mine to learn significantly more

related to this matter.

there are many more pleasurable instances ahead for those who