I am participating in the MalaysiaJao Blogathon Contest in association with BlogAdda.com.

When someone talked of Malaysia, the first words that used to come to my head were 'culture', 'dragon','costume parades' etc. It's strange how that image has completely been replaced ever since the disappearance of the MH370. Now, Malaysia evokes feelings of concern, worry, angst amongst other things. My heart goes out to friends & relatives of the passengers on that plane. I cannot imagine what they must be going through right now.

Malaysia holds my interest for a lot of things.

I am fond of dragons and everything to do with them. Don't know for what reason! I was also born in the year of the dragon as per the Chinese zodiac. And this is me kissing and posing with a dragon in Mussoorie! 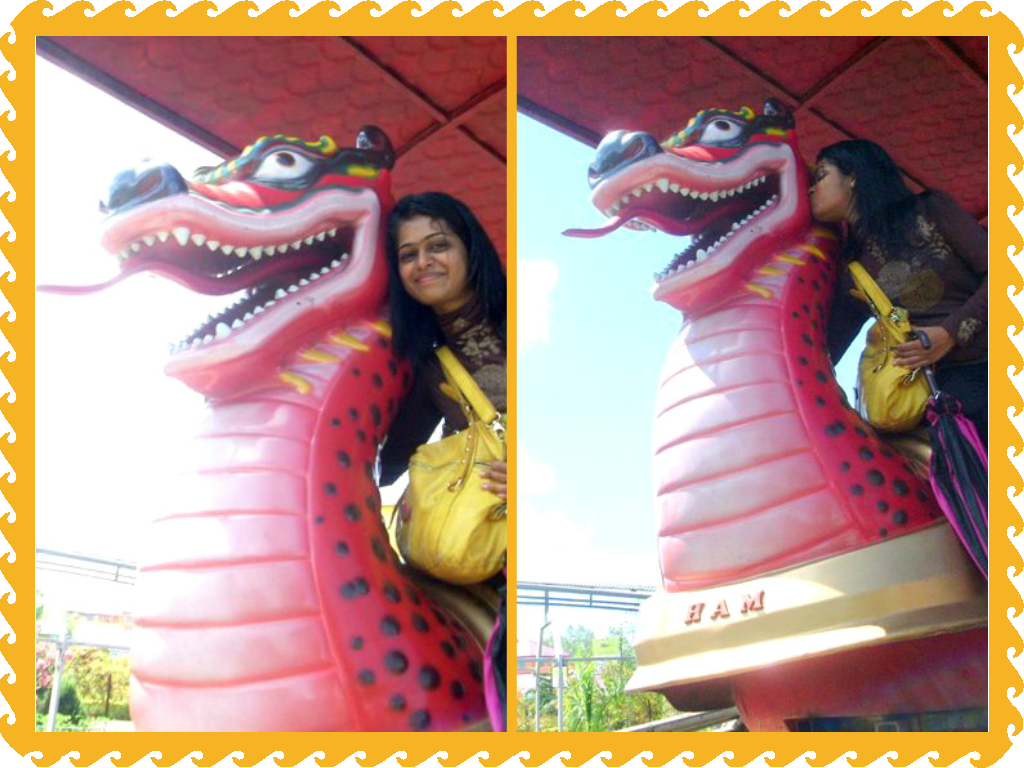 Even the map of Malaysia looks like a dragon boat, see!

Keeping my obsession with dragons to one side, these are the list of some other five things I'd like to see and do in Malaysia:

I'd like to experience the culture as much as possible by way of festivals, temples, meeting people. So here are some places I'd go to for the culture!

1. George Town, Penang:
I had mentioned in one of the earlier posts how much I love to see heritage buildings. George Town has been listed as the World Heritage Site by UNESCO in 2008. It's named after a king of Britain, is the capital of Penang and has wonderful heritage buildings to look at. A heritage walk here is a must!

Something to note about this place though is that it is inhabited by a lot of Chinese & Muslims and most of the shops and places are closed on the latter half of Saturdays and all of Sundays. So visiting on a weekday is preferable. 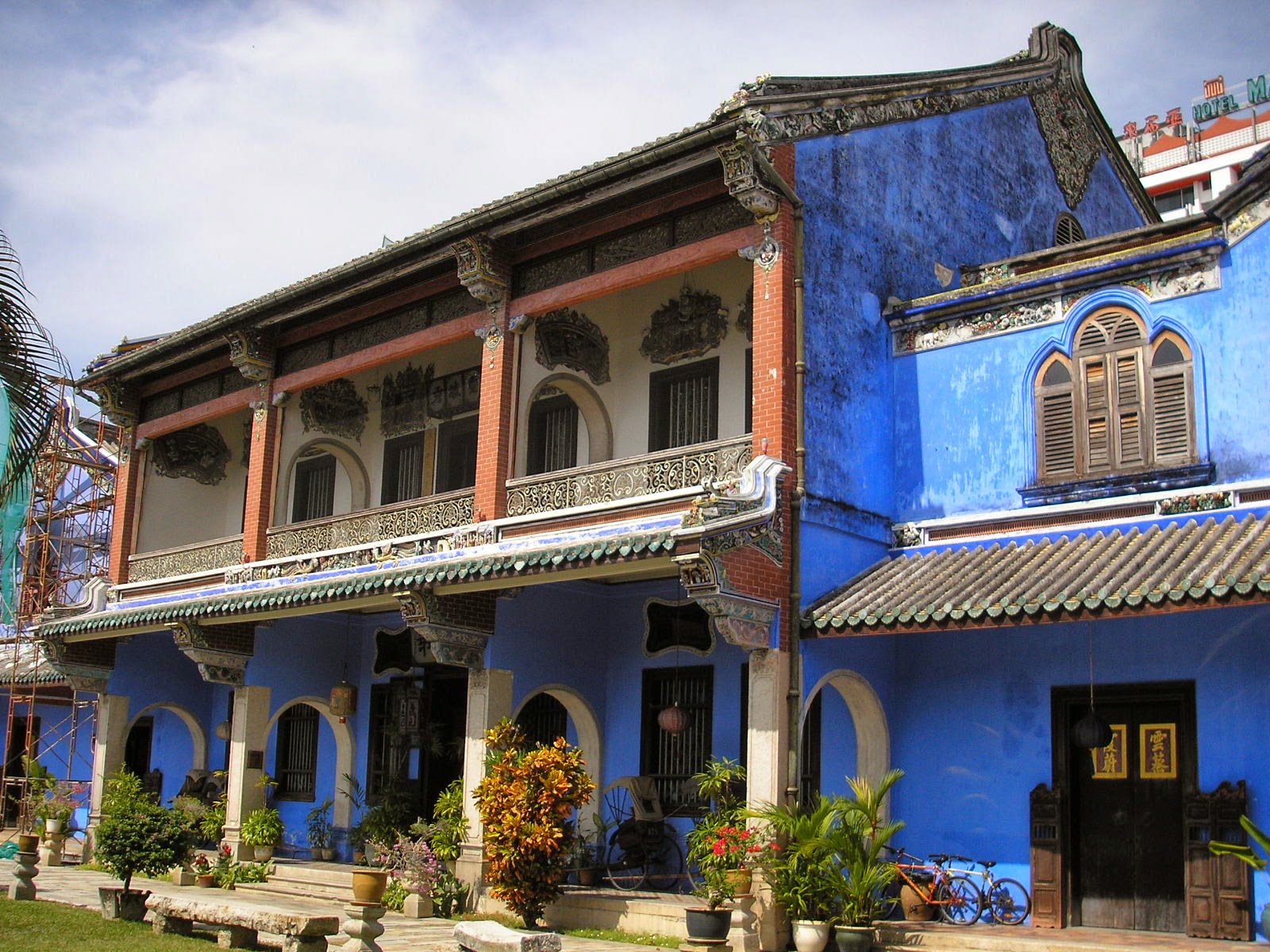 This mansion may not look like one from the outside but has 38 rooms, 5 courtyards, 7 staircases and 220 rooms. It has been built as per Feng Shui rules and has made an appearance in a lot of movies. 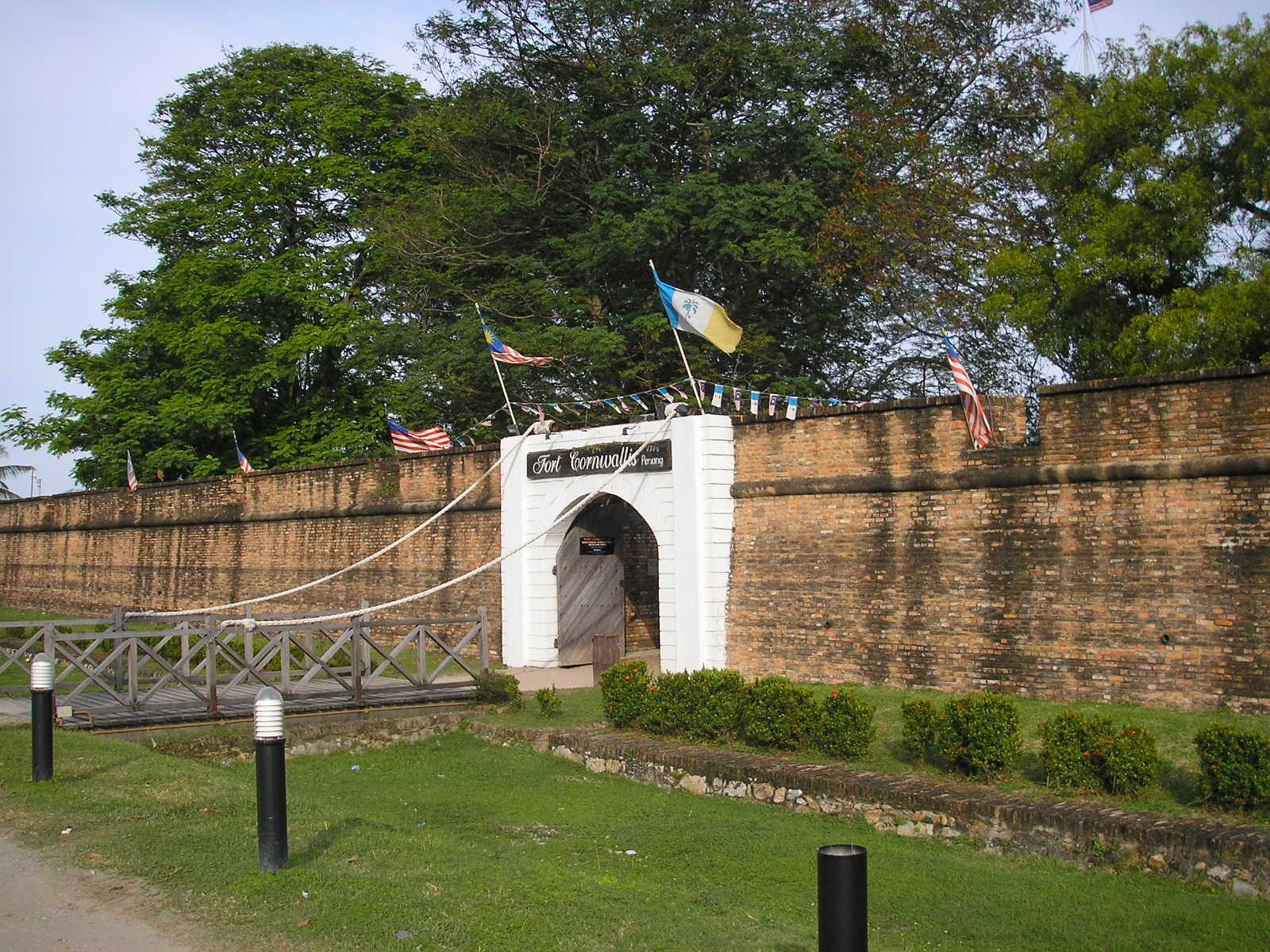 So this fort was named after the Governor General of Bengal. Interesting, eh? It was built over a century ago but a lot of structures are still visible i.e. the chapel, the prisons, some cannons. There is a Dutch canon here called Seri Rambai (1603) which is said to have a positive effect on a woman's fertility! 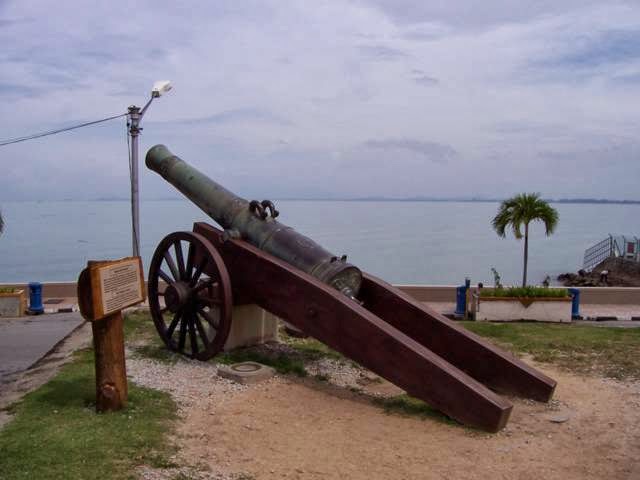 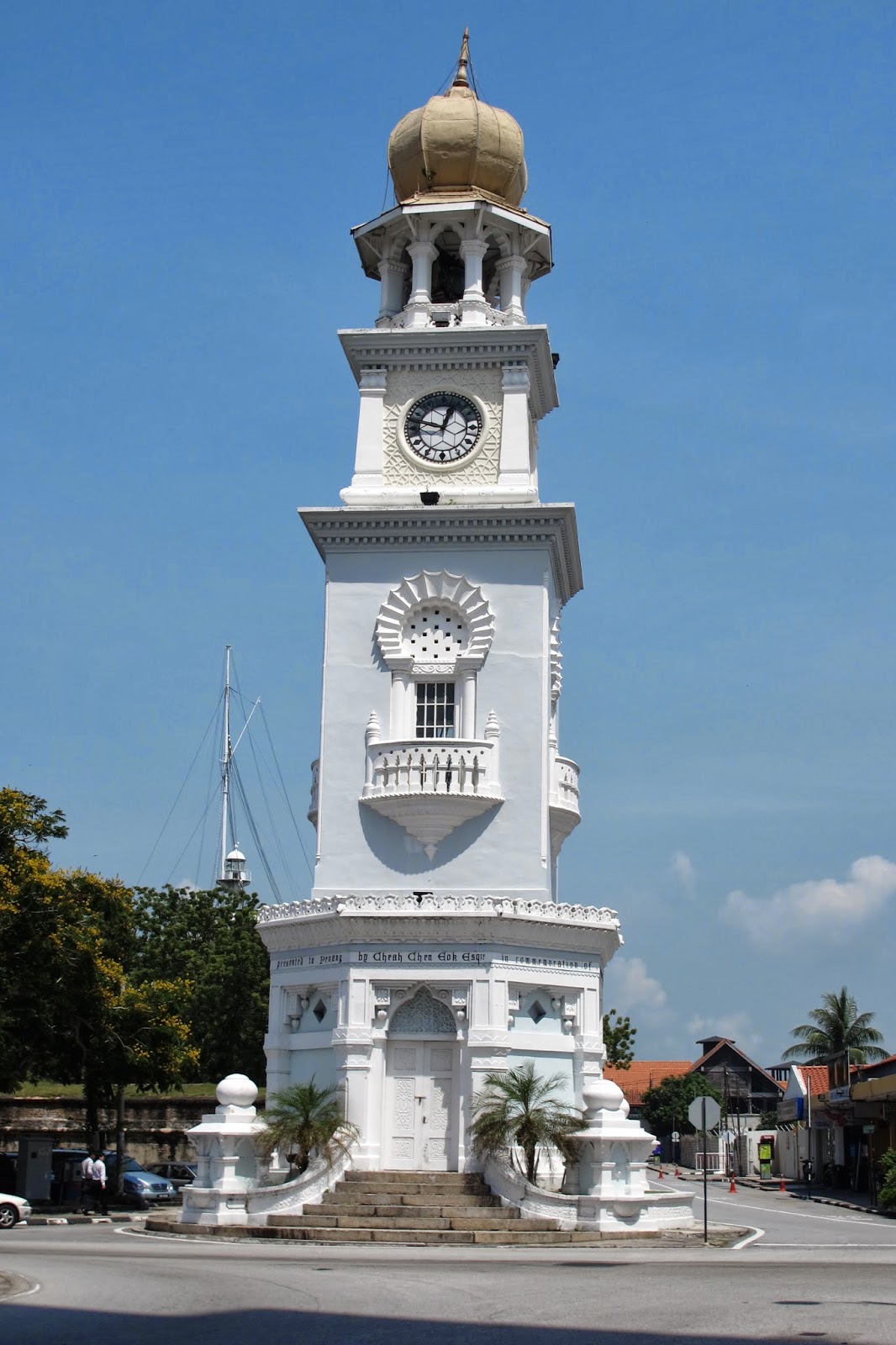 I can't help thinking of the clock tower at VT (Mumbai) when I see this. Just next to Fort Cornwallis stands this 60 feet tall clock tower that was presented to Penang by Cheah Chen Eok on occasion of the diamond jubilee of Queen Victoria (1897).

So other than these, I'd also take a walk on Armenian street, pay a visit to the Islamic Museum, City Hall, Little India. It being a religious place, will also go to churches & temples here!

There is also a huge national park out here in George Town called Bako National Park. 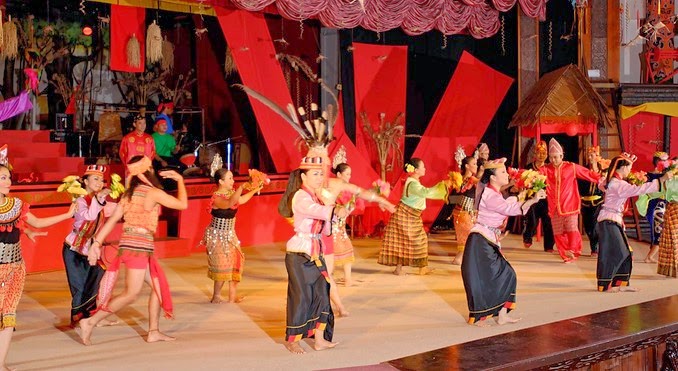 There are about 150-200 people living here. They put up performances for the visitors at a theatre in the village, make wonderful handicraft items and provide information about their culture & the different ethnic groups. There are also buildings specific to every ethnic group (Iban, Malay, Chinese, Bidayuh, Orang Ulu, Melanau) that you can see here and you can also get married in any of the styles you want! 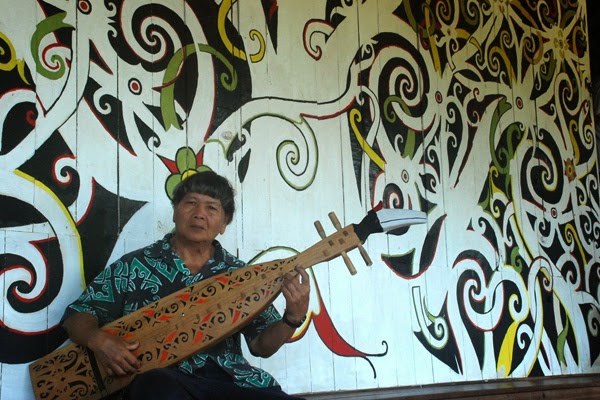 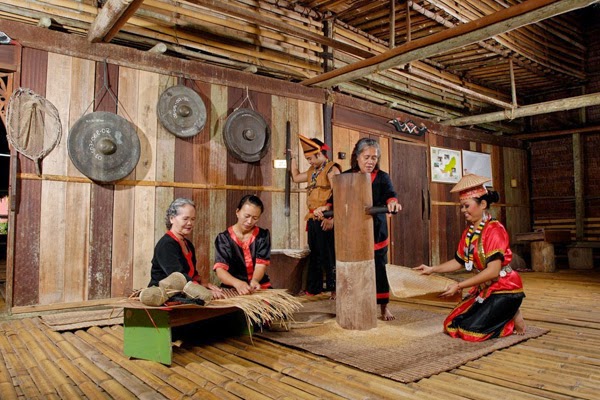 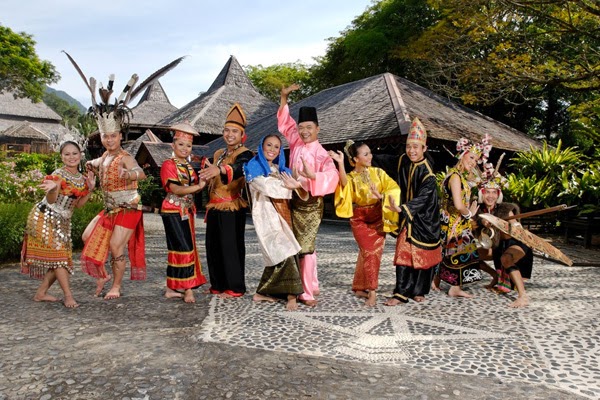 So this village is basically a huge dose of culture. I'll easily stay here for a couple of days and tour the whole village to get a good taste of everything!

So, Malaysia has these cultural enclaves which have a huge number of people living there that belong to one sect, region or culture. It makes sense to visit these places to get a feel of the culture.

There's Little India in Penang & Kuala Lumpur, Chinatown in Kuala Lumpur and Central market a few minutes away from there. Those are good places to shop too! 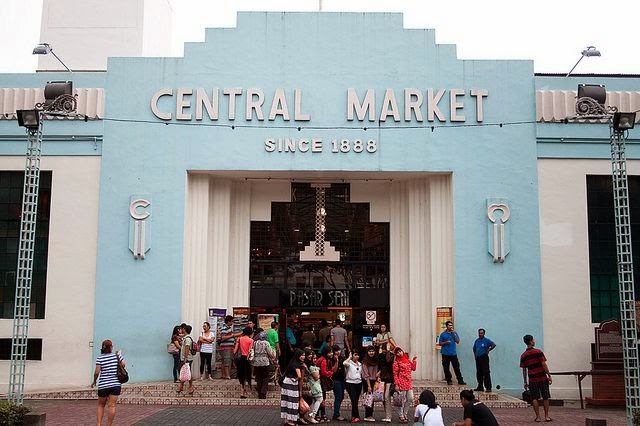 Paying a visit to Little India will be appropriate when I'm feeling a little homesick : 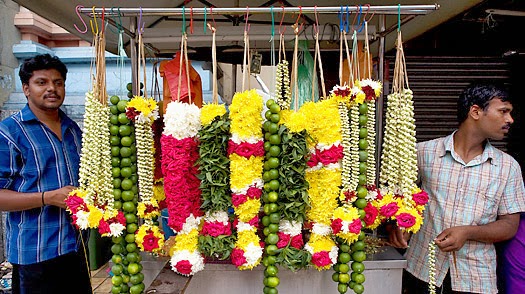 This reminds me so much of the garland vendors at Matunga! :D

In Malaysia, I heard you get a lot of rice based dishes. I'd like to taste them all (vegetarian ones). Nasi Lemak is one such well known rice based dish  - rice, coconut milk and screwpine being the main ingredients. 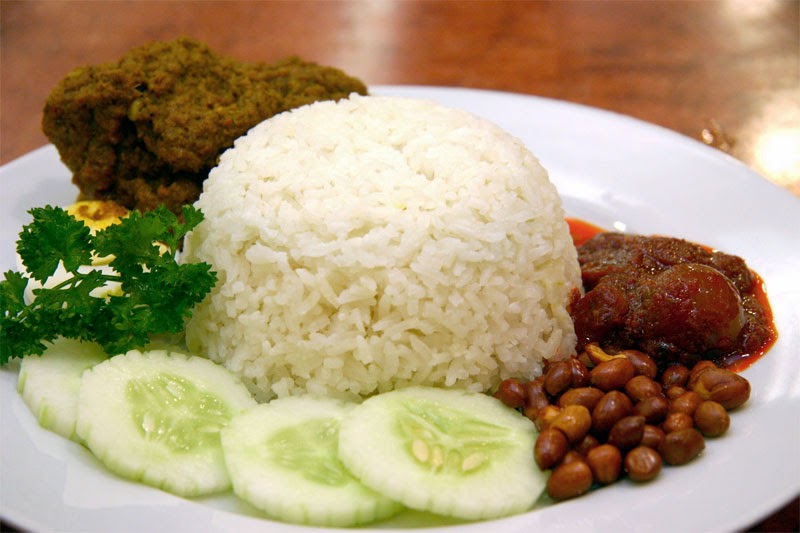 Other than that, would love to try out the different festive sweets, drinks and snacks.


Number Three : A trip to the capital, KL

I want to see the World's tallest twin towers at Kuala Lumpur. 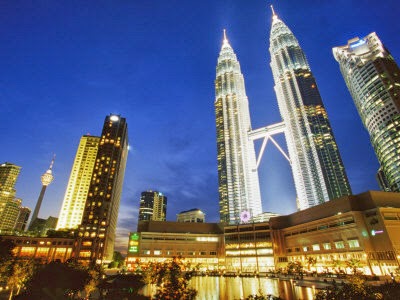 I also want to shop here. The two main things to shop for here are the Batik fabric and Chinese herbs/medicines. I'd like to lay my hands on the Chinese tea. Heard a lot about it but never tasted.

For a taste of nature & adventure, I'd head to Pahang and Sabah. 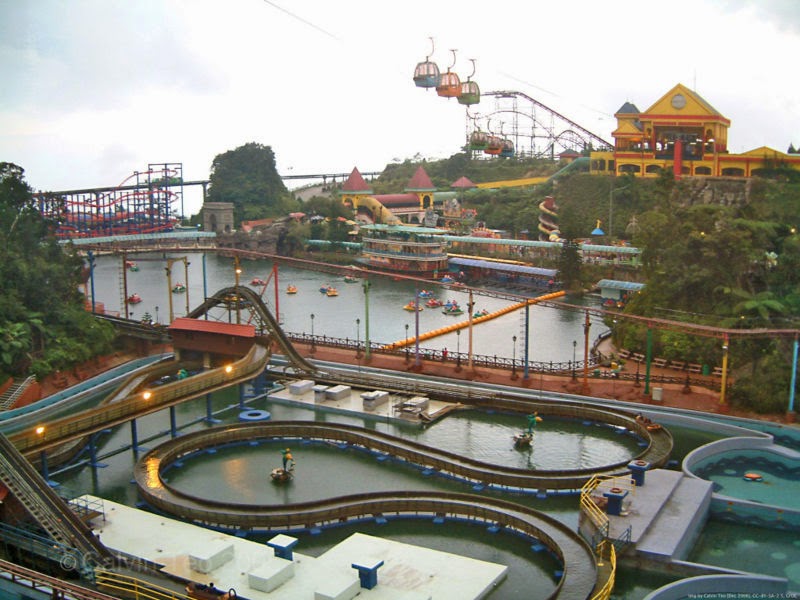 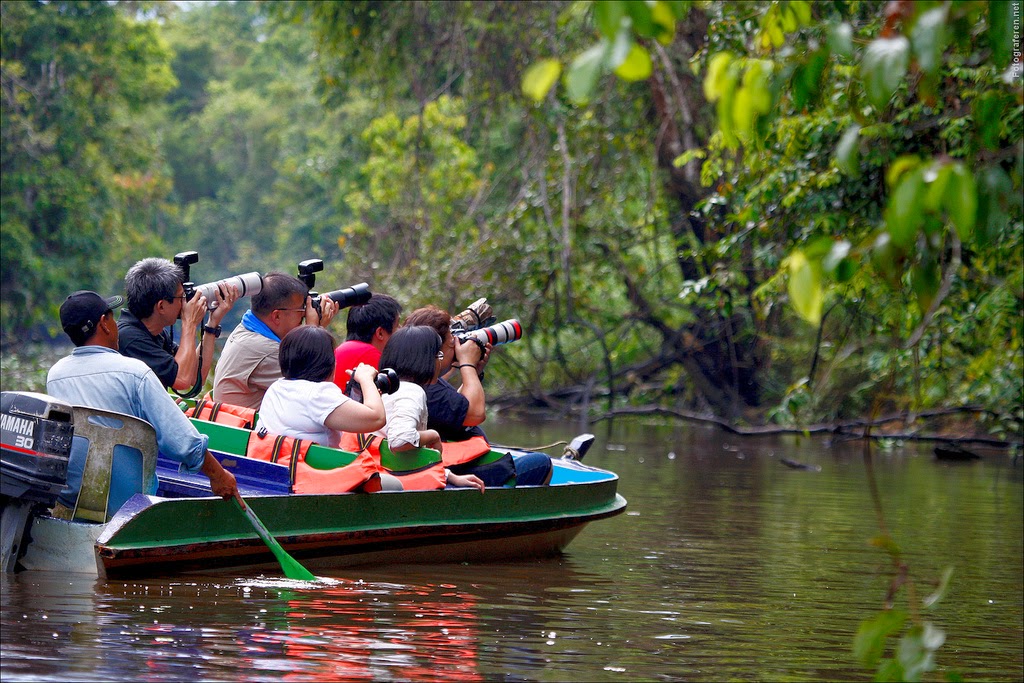 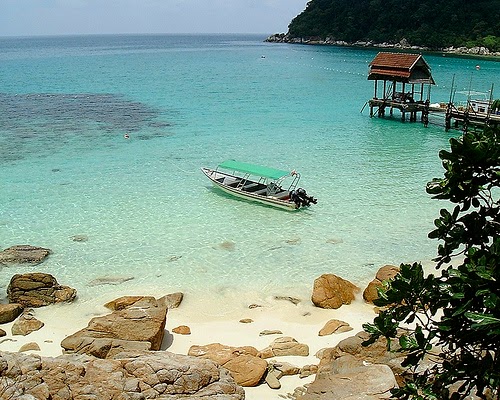 
Number Five :
For age old stories, I'd head to Langkawi and Melaka. 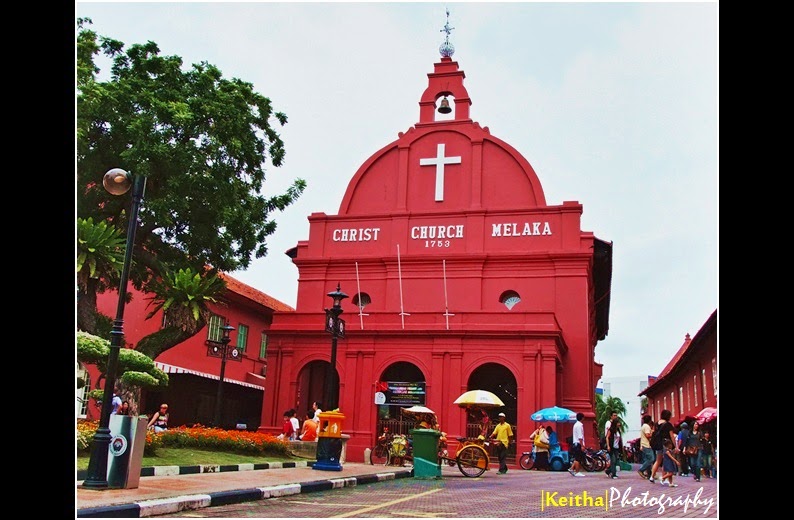 I have tons of reasons to visit Malaysia and I really hope to win this contest.