Hola! I always talk about being very passionate about the city I live in (Bombay), and I realised how much I still love it when I saw it from a tourist's view earlier this month. I had a couple of friends come over from Ahmedabad- JD and Tony and I had to show them around the city. They were here for a good 3 days and I managed to take them pretty much everywhere! So here's an account of the short trip that made me fall in love with the city all over again! :D
They arrived at Bombay Central on Friday, the 4th of June, and Aditi and I had gone to receive them. It was lunch time and they were obviously very hungry so our first stop was the famous Sardar Pav Bhaaji at Tardeo. I had always heard of the place but had never gone there to see what the hype was all about, and trust me, this place is actually under hyped considering the yummy bhaaji they make and the amount of butter they put into it!
Next, we headed to Dadar (where Reeti joined us) to search for a hotel around the station. It's funny how the hotel owners eye at you when you ask them for a room though- even if you tell them it's just for the guys! So once we had been rolled eyes at at a couple of hotels, we decided to let them do the talking  themselves and waited outside. Anyway, so after getting a reasonable deal at Summerland Guest House in Dadar, we left them to freshen up and came home for a cup of tea ourselves.

Post tea-time, Aditi left to go home and we planned to go to the Gateway of India. We took the train and when VT station arrived, Tony was shocked looking at the people who jumped into the train when it was still in motion. At one point, he thought the 26/11 firing was happening again! :D We told them not to worry and alighted safely. We went to the Gateway & they got to see what they wanted to ever since the 26/11 firings- the Taj Palace. They were in total awe of it as it stood there looking as royal as ever! :) 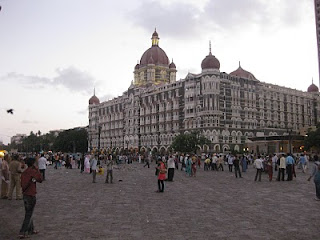 Taj Palace
After a quick photo session, we took a ferry ride at the Gateway. Stood right in front, enjoying the breeze and the salty taste in our mouths. Reeti gave them a brief history of the Taj hotel on the boat. Apparently, the architect of the Taj committed suicide when the hotel was finished, on discovering that the main entrance that was supposed to face the sea, actually faced a small lane at the back. She gave them a few more facts about the Gateway, and the boats inside them. She can make a really nice guide! An entertaining one at that! :D After the refreshing ride, we waited at the Gateway a little more and went on to take a walk down Causeway to see the antiques, accessories, shawls, and clothes on sale. They sell all ethnic stuff- their main target being the foreigners who hang out there; these firangis usually have a fetish for Indian artefacts. We then went to Baghdadi for some special chaai. 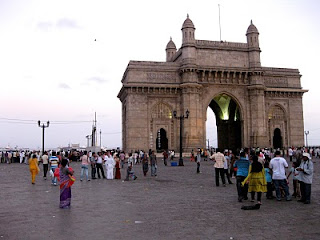 Gateway of India
Reeti had to go home from there and I took them to Nariman Point. This place they liked the best! They said they'd come back there again that night, and they did end up going there on all the three days of their stay here! We walked down to Marine Drive and then Churni Road Chowpatty. We had some chaat, played X and O in the sand, wet ourselves in the water and sat on the giant wheel! :D It was getting late, and I had to rush back home so I left them to Cafe Mondegar (Mondys) at Colaba and came back home. 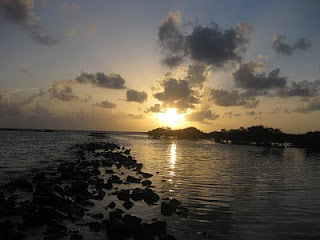 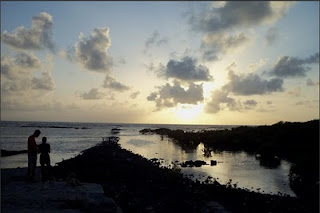 The next day, after a movie (Prince of Persia) at iMax, I took them to Bandra. Neil joined us this time and on our way, in the train, told them of the other side of Bombay- Girgaum, where we can find a different culture on each street, and the slums in Dharavi ! At Bandra, we enjoyed the sunset at Carters, had some yummy donuts at Mad-Over-Donuts, took a walk on Bandstand and clicked a lot of pictures of the grafitti inside the tunnels at Reclamation: 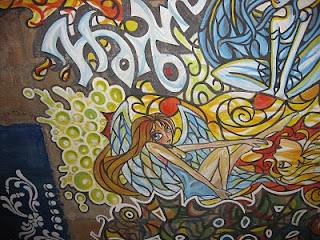 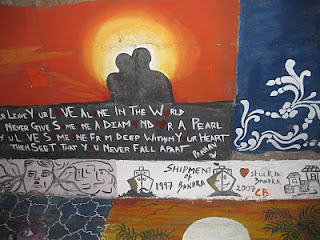 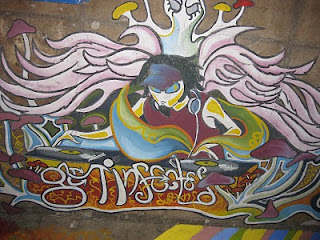 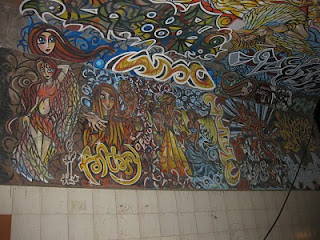 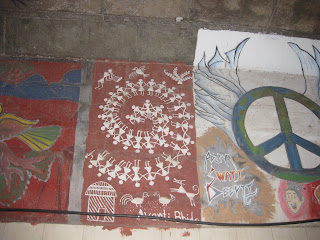 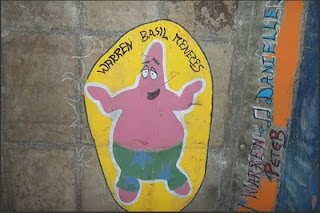 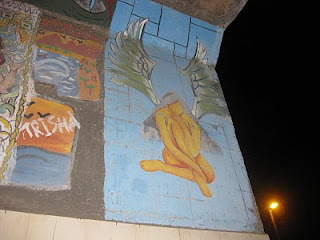 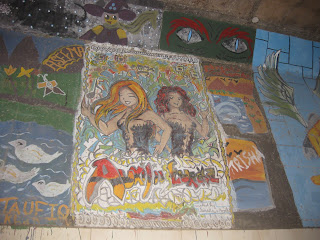 It amazes me to think how people could've painted so high- and so beautifully! 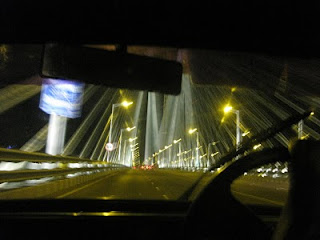 Sea-link
We then took the Bandra-Worli sea link. I returned home and they made their way to Nariman Point. :)
I was busy at the Sapling project during the first half of their last day (Sunday) here, which by the way was a HUGE success and I'm going to all the venues next time on! Here's an account of the Sapling project by Satish:

http://www.bombaylives.com/index.php/the-sapling-project-3-update.html
We then watched Rajneeti at Cinemax. I found it to be crappy. I spent the first half of the movie figuring out their family tree and the next half was spent in pointing and laughing at their ridiculous dialogues! The movie's full of multiple murders and pregnancies, and the story line's flicked from the Mahabharata. I ended up learning a lot of new hindi words though. :D
The evening was spent in shopping at Phoenix and Dadar, and as usual, after everything was done with, we went to Nariman Point. :)
They left that night to go to Ahmedabad in a Volvo from Dadar, and I came back home. 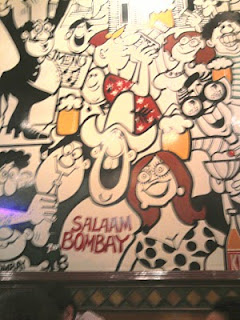 Mondy's
So, it was really nice seeing Bombay through their eyes. I can never get enough of this city. Though I do need a vacation out of the city once in a while, I can never think of leaving the place forever- love it too much to let it go! :)
Posted by Anubha at 6/21/2010 12:45:00 AM

WoW! you made the past alive Anu..only you can do this :) In love wid Mumbai (or should it be nytes @ NP :P) Thanks for posting this !!!

@Mugdha
Hehe.. the movie's too complicated!
And yes, Bombay rocks any day! ;)

@Rajlakshmi
Hey welcome to my blog.. and thanks a lot. :)

ohh woww..Me too really had a great time.And its so true that when you see Bombay from tourist point of view you fall in love with this city all over again :D

loved the post on bombay! This time we didnt have Mumbai on our list..would love to visit and see all places someday.