Me,Myself and the Universe! 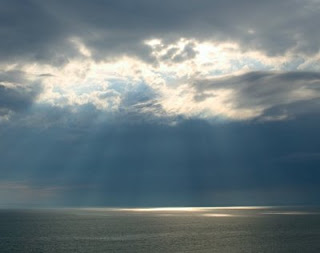 Of late, the Universe has been in favour of me. I think I can replace Nikhil as GOD now :P
It all started 2 weeks back!
I was super-bored and was browsing through my Orkut friend list,when I saw this friend of mine who I hadn't spoken to since ages! He's studying at IIM, Ahmedabad, and before this, he was in IISc Bangalore. My point is- he's hardly ever in Bombay.. I thought I'd just go say hi, scrapped him and went off to sleep! Just a couple of hours later, my mom came back from work to tell me he she bumped into him, and he told her he had tried calling me just a few minutes back, that he'd be in town for a couple of days now.. I was shocked..!!
The same evening, I was online, and was just about to ping Nikhil after a really long time, when I got a call from him after a month!
It was all starting to get really creepy..
Whatever I thought, evolved. And it's not always a good thing!
I had just formatted my drive and was hoping it would not get infected by this stupid "z-connect" virus again.. and it did, the next day itself!
Likewise, for my Java viva, I was hoping my teacher wouldn't ask me a particular method explanation I wasn't too sure of, and she did JUST THAT!
Its really difficult NOT to think of something when you don't want it, and when you know you're not supposed to think of it ! :D
I should learn to choose my thoughts..!
In the words of Chris Daughtry-
"Be careful what you wish for, cause you just might get it all... and then some you don't want."

God is pleased with you, my child! :D

you have been awarded :D

But by the way, do not replace GOD with anyone else... Ahem...I don't take such things too lightly :D

@magicalharsh
Thanks a ton for the award..
visited your blog, its cool ;)

@alphabetworld
hehehe, i too normally don't take such things lightly. Mirrorcracked Nikhil had started callin himself GOD, I was talking in terms of that.. :)

Your friend from IISc and IIMA is sorry he could not call you after that. Will be coming back to Mumbai for a full 2 months in April. Will meet you at some stage in those 2 months.

Hey dat was really very interesting,Comic and unanticipated experience with you. :)

Remember:
"Universe Says Your words are my Commands" :)

This is harish, We met today at Oberoi's. Didn't take your contact details. Do mail me and the details are there in the card! It was a pleasure meeting you and look forward for more such Meets ;-)

@Ritz
Thanks for visiting :)
And yes, those are the words from "The Secret" right?

@Harish
Hi !! It was nice meeting you too, and it was a very good experience coming there. I'll register on those sites to get notified about more such events and blog camps. Check your mail... take care !!

Anubha's a great blogger i just love all her blogs...Keep goin girl [:P]