I put off writing this for a week now because frankly, it's been so long that I've been dealing with them that I am actually over it!!! But I am determined.. so here I go.

Early October (2012), I ordered a pair of earrings and a pendant from this shopping website called www.yepme.com. They were shipped to me in a week and while the pendant was okay, the earrings were slightly damaged. Since they don't let you open the package at the door, I couldn't send it back right away. 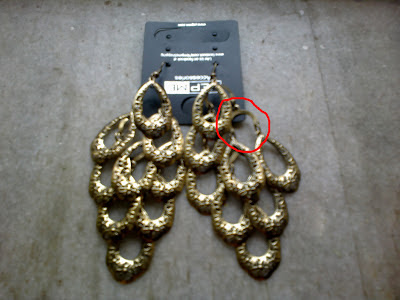 So, I gave them a call within a week's time after which I was directed to write to them instead.

Below are the thread of emails.. 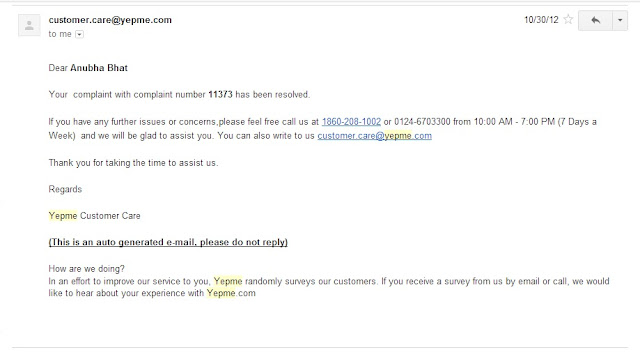 "Mr. Bhat" was amusing :D Anyway, so, I waited for like really long for their product to come back in stock..

After getting no response to my emails at all, I tried contacting them on Twitter.

And my last resort was sending a message to their Facebook page.. 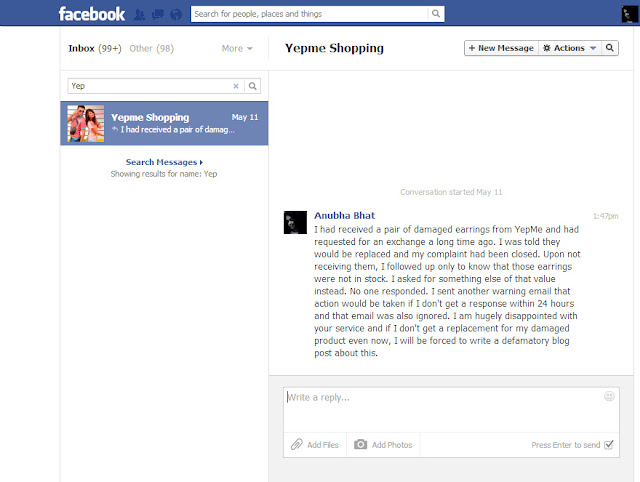 And they gave me the silent treatment again.

Needless to say, I am still waiting for them to do something about it. But it seems to me that they just couldn't care less.

I had even posted a status update about it on Facebook and learnt that I could approach the consumer forum about this and I plan to. The reason I am all the more determined to fight them is because their lack of response is hugely disappointing. I would have appreciated it if they had atleast replied to my emails. An apology would have done no harm either.

Bad customer service lowers your faith in a brand. Even if they do send me a replacement now, the faith won't get restored. Not so soon, not so easily. I doubt I'll ever order from them again, however promising their policies might seem. And it goes without saying, I would never recommend buying from them.
Posted by Anubha at 5/21/2013 01:59:00 AM No comments: