Sooo I'm finally on my much needed break- starting today :) And I'm going on a trip to the North!

Jaipur-Haridwar-Rishikesh-Mussoorie-Delhi-Dehradun
I leave today and return on the 2nd of August. And for all of you who don't know about my phone yet, it got lost a month back and I'm using a spare phone now that does not have GPRS :( That means no Twitter and Gmail! I don't know how I'm going to pull through 10 days without the internet. I hope I at least find wi-fi there somewhere! Gosh we are so addicted!
Anyway, I'm thankful that I can call and message people for now. Will probably buy a new cellphone by next month.
It's been raining heavily since morning today, and with 26th July just 2 days away, I just hope these rains don't ruin my plans. I'm most excited about Jaipur and about wearing a Garhwali dress at Dehradun :D
I'm sort-of in a hurry now, but I just *had* to update this. Hoping to have a great time; will write and upload pictures once I return! :)
Bye you all ! :)
Posted by Anubha at 7/24/2010 11:07:00 PM 5 comments: 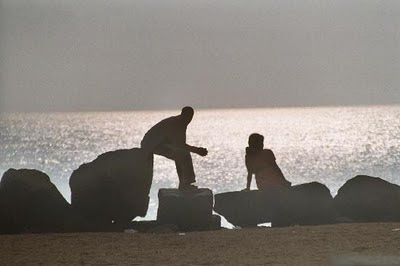 Life would be so much easier if we could LOVE the ones we wanted to, but alas, in a battle between the heart and the mind, victory always goes to the heart!

That's the name of a new free channel that airs on TV and I too didn't know of it till I got that e-mail from Deepak telling me of it and I googled it that very instant. There was a Bloggers' meet happening at the channel headquarters in Lower Parel, and we (Deepak, Bhanu, Mrigashi, Sudhindra, Neeraj, Reeti and me) were called to exchange ideas for their show "My Child's Teevee" last weekend (10th July 2010).
So, what's this "What's On India"?
Pooja Valecha, Senior Marketing Manager, What's on India, gave us a brief introduction on the channel as soon as we walked into their office (after some chai-paani **literally** of course! :D) It's India's first ever television guide channel. Confused? Well, so were we!
India currently has around 350 channels and the number will easily touch 1000 in another 4-5 years. If this shocks you, China's number will surely knock you down -- 3500! Okay, you can close your mouth now :P I too didn't know of all this till Atul Phadnis, Founder of What's on India and Ajith, Chief Financial Officer told us about it.
The point is- it's really difficult, rather impossible, to keep a tab on what's going on where. And you wouldn't want to miss a "Notting Hill" for a "Rocky Balboa", would you? (Oh yes, you would.. I wouldn't :P). So-- different people, different choices, so many different shows and a couple of hundred channels! It would've been impossible to keep a track of all that's going on, on television, if it weren't for What's On India.
What's on India is a free channel that gives you information on all that's going on PLUS recommends what you should watch as per where your interest lies. So, if you go home after a long working day, switch on the television and have no clue to what's going on, you can come here, have a look at all that's going on around that time and choose to see what interests you! And, like me, if you're thinking only the DTH Satellite TV subscribers get this channel, you're mistaken. This channel is free for all, and a lot of regular cable providers show it too. If your provider isn't showing it yet, ask him to! It's free and you have every right to be able to view it! And FYI.. that TV guide you see on Tata Sky, Dish and other DTH services is an app from 'What's on India' itself! 'What's on India' provides a white-labelled service to these providers and hence you always thought it's the DTH service providers that provide the guide to you! 'What's on India' never felt the need to come into the spotlight till they started their own channel in December 2009.
The channel is divided into three areas: recommendation, entertainment and information. 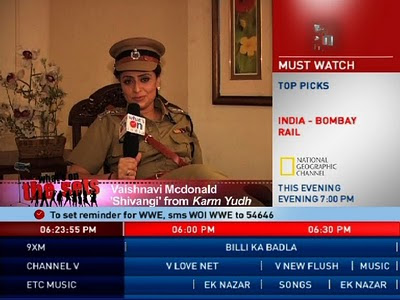 The section below shows a listing of all that's going on channel-wise while the one on the right recommends the shows that one may watch. The recommendations keep changing and flash category-wise. So, say, if you're a sporstperson, you'd notice a "Sports" recommendation flash there and if you're a movie buff, your eyes would probably catch the next best movie recommendation! These recommendations keep flashing every minute so that you know what's ON best in every category (sports, movies, cartoons etc.).
The centre section is an entertainment section where you'd get to see promos of shows, even a sneak-peek into their sets and bloopers! You'd also get to see bits and pieces of shows that are going to air later that week so that you know what you're going to be in for! :) 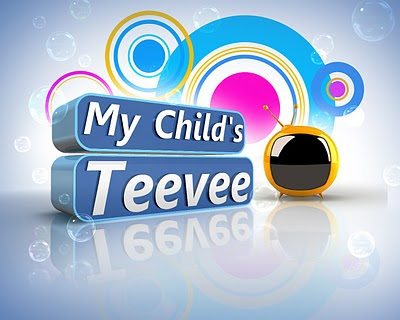 My Child's Teevee is What's On India's own show (on the entertainment section) that deals with the kind of content kids are exposed to on television these days, and what parents expect out of it. You may think it isn't all that necessary (atleast I did) but the facts and figures that Atul shared with us later were truly shocking!
Kids' shows that air on television now are far different from the ones that we grew up with. It reminded me of a post I did once: Those were the days. The kind of quality that television shows offer now, especially for kids, has greatly deteriorated and considering the fact that kids watch twice as much as television than any of us do, it IS a matter of concern. On an average, a child is exposed to 21 different junk food products in a time period of 4pm to 6pm. And I also wonder why they use kids in their advertisements. They just serve as role models to the ones watching them, and in turn, leads them to want something that is unhealthy or even harmful to them.


Also, in joint families, and especially in India, kids watch television with the whole family and thus get exposed to concepts like pre-marital pregnancies and family controversies at an early age. This may come as a shock to you but among the top shows that 4-14 year old Indians watched, Pavitra Rishtaa was the first. The show Emotional Atyachaar on Bindaas has 40% of it's viewers in the age group of 4 to 14 years. Moreover, 70% of children in India watch television post 10pm; most of it is unsupervised. It's also seen that 20% of this is viewing of FTV- by 4-14 year olds!
So, My Child's TeeVee is a show where parents, the show host, and different child psychologists come together to discuss the negative impact of television on children and how it can be controlled. Suggestions and exchanging of ideas are part of the discussions that go on, on the show. You can view episodes of the show on YouTube too and you can subscribe to their channel here: http://www.youtube.com/user/WhatsOnIndia. Even cartoons like Shin Chan give a wrong message out to the children- they start idolising the character in turn taking in all the bad qualities. Healthy television viewing habits are a MUST especially for young, growing children. This is the time their minds develop and they grow as people. Though we never might get to see another Malgudi Days or a Star Trek again, we just might be able to stop them from seeing a "Shin Chan" or a "Pavitra Rishtaa"! :) 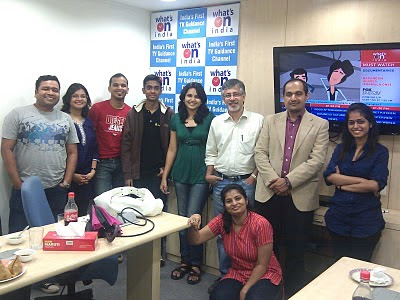