I shifted sides and kept ruffling the sheets. I was sweating and panting for reasons I did not know of. I kept closing my eyes tight and tried counting sheep; I still don't know why we're asked to count sheep to fall asleep when all you can see when you close your eyes real tight are stars and small circles. My head started to feel heavy. I didn't know what was going on. I had been having small anxiety attacks for a very long time now, and I was afraid they'd never stop. And then an arm patted me, and within five minutes, I was sleeping like a baby. The touch of an arm could do what counting sheep.. err stars, reading a really boring book (my OOAD textbook) and calling a friend could not. That arm was my mother's.
I've always wanted to write this since a very long time and this BlogAdda and PringOO contest(http://blog.blogadda.com/2010/05/05/mothers-day-tribute-to-your-mom-contest) has finally given me a chance to!
Very often (or atleast for me), it's really awkward to tell your own people how much you love them. Ironically, it's easier to tell friends you love them than the people you grew up with, those who raised you, loved you and put up with all your little tantrums!
I had always been more close - rather, more open with my friends than family. I just can't express my love to them even though I want to. But the only person who I could really count on 24/7 when I had a nervous breakdown almost a couple of years back was my mother. Even though talking to friends helped a lot, and I'm so thankful they understood me, my mother's love was enough to get me through the day, do my daily chores, put me to sleep. I needed a lot of love then, and I needed to feel safe somehow. Nothing or no one could give me that love and sense of security except for her. That's when I agreed to the saying that a mother's love is the only love that's unconditional, for she doesn't expect, she just knows to give.
I used to feel guilty at times for not giving her the love and attention she deserved for so long. And honestly, she used to get on my nerves when she'd say something to me in front of other people, or say something weird in front of my friends. I'd get angry and say something absolutely meaningless just so that she'd stop talking or go away. I started feeling bad for the way I thought and behaved; the guilt was too much to take. But all of that just went away when we were together. Her touch was enough to let me know she understood and loved me nevertheless.
In my late teens, when I had been hiding a lot of stuff from her (which I usually don't anymore) and she found out, she didn't slap me or shout at me like anyone who trusted you with all their heart would. All she said was I would get into trouble if I continue with whatever I've been doing and that though she understands, she does not approve of it. What I did about it later was my call. I got my answers soon, and sure enough, she was right about whatever she had said.
I'm glad that she gave me the freedom to make my own mistakes and to correct them. I'm glad that she never punished me, though the shame that I felt on her understanding the situation and not reacting as I had expected her to, was punishment enough to drill some sense into me.
Sometimes, I doubt whether I really love my mom as much as she does. I mean, whether I'd really do as much as she has done for me. I'm pretty selfish that way. I still argue and fight with her sometimes but I don't really want her to think I don't love her. She tends to think that way when we get into a fight and it hurts me very much. I'm sorry for all those times when I made you think/feel I don't want you- but it's not true. I don't know why I'm in tears as I'm writing this.
I better end this here. I love you mummy, and more than that, I need you with me, though you may never really believe that. Happy Mothers' Day! 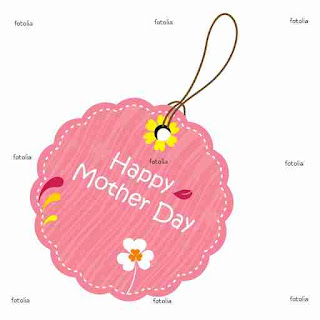 I guess this is it then. Thanks Blogadda and PringOO! I believe I have already won- if not this contest, then surely her heart today- with this post.
P.S: As part of the contest, if I win, I'd love to gift her an apron/mug with the PringOO design that's on the left sidebar on my blog! :)
Posted by Anubha at 5/11/2010 03:05:00 AM 13 comments: 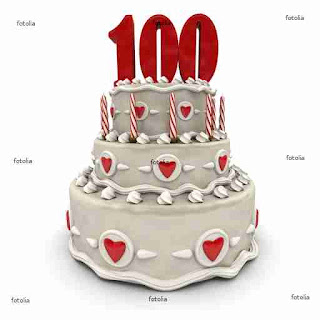 My blog has finally made it to it's 100th post today!! :) And after a lot of thought, tweets and discussion over how special I'm going to make this post, I decided to just go ahead the traditional way with taking you through my blogging journey and "how it all began". :D


I started blogging back in 2007, just when I stopped writing my personal journal (please don't go over my earlier posts now- they are way too kiddish and embarrass me sometimes but i choose not to delete them- they remind me of what I was like earlier! :P). I wasn't all that regular then and hadn't discovered too many bloggers too. In 2008, though, when I started getting a fair number of hits on my blog and stumbled upon so many other bloggers, I was amazed. My very first blog friends were RJ, Sakhi, Scorpria, Reema and Nikhil. I had a ball interacting with these new blog friends of mine on comment boxes. We tagged each other, awarded each other, had each other on our blog rolls. It was a nice new world we had created and I loved dwelling in it. Soon, these conversations would flow over to Gtalk; I still remember having a conference chat with RJ and Sakhi with both of them pulling my legs to no limit. Those were the days!


As time went by, people got busy; some quit their blogs and some went on long breaks. I started missing our little conversations but neither they nor I could help it. I do wish I could go back to that time again sometimes when I go over my blog roll.


A lot of my non-blogger friends ask me why I blog and I don't really have a perfect answer to that. A few of them are under the impression that people who blog don't have enough friends and that's SO not true! I think it maybe out of the need of sharing your thoughts across to people. With a personal diary, you can't possibly reach out to anyone. Blogging has created a whole new way of communication! When you blog, you completely open yourselves to people. It makes you feel good about yourself too, in a way, and you realise there are so many others out there just like you. It's sort-of like a platform to share ideas, to vent out your thoughts and your creative self.

I've had my share of bad online experiences- like there was this one time when a guy added me on hi5 (I was sixteen then; hi5 is as dead as orkut now!), we moved over to yahoo chat later, and the first time we chat, he tells me he's sitting in a cab right below my house! Turned out, he knew me all along somehow but had decided not to tell me lest I'd keep away (which I did, later! I didn't like the idea of him coming all the way to my house though he knew me, or whatever!). Another instance was of someone who had threatened to get cops to my place by tracking down my IP and what not, just because a person in our mutual friend list abused him for some reason!


Unlike social networking sites though, blogging is not something you can fake. And like Scorpria puts it in her post, it's so much more easier to trust blog friends than people on social networking sites. A blog is a reflection of a person's thoughts, and who can possibly fake that all the time? It's all about following your instincts. And trust me, I'd have missed out on a lot of wonderful people had I not taken a few risks there! :)


Sakhi and I bonded so well that we went on to exchange our phone numbers, postal addresses, landed at each others' places (we live in two different states) and met each others' families too! The thought that she could be fake never occurred to me even once for some reason. You always KNOW whom to trust somehow.

Now, there are blog portals that help you discover some great blogs; blog camps that let you add faces to them! :)

Poonam, another awesome blogger, started a blogging contest a couple of years back called the Avant Garde Bloggies Awards. It turned out to be really big and helped discover some of the BEST blogs around!


It's feels great to be a part of something so wonderful! Cheers to all the bloggers out there! Keep posting! And I also hope you keep visiting, reading, and commenting :P

Bombay comes to a standstill...