A lot of you would already know how often I keep travelling to places - I don't miss a chance to pack my bags and get, set - go! It goes without saying that travel contests always excite me.. So, as soon as I heard about the Indiblogger "Happy Travellers" contest (sponsored by Yatra Holidays), I knew I had to enter this one.

Travelling opens your eyes to so many new things, ideas and people.. I've always loved exploring new places and have visited a lot of places across India (except for the East of India, yet to go there).

I've never had an opportunity to travel out of the country. Not even to see my own brother after my visa was rejected for the second time!! I want to see many places across the world. Places like Bali interest me for their rich culture while the whole of Europe excites me for it was home to so many artists- writers, painters, musicians etc.

It's really very hard to pick on one place but if I absolutely had to.. it'd be Europe!! I'd like to travel across that whole continent! :)

I have so many travel stories to tell. I was going to do a post on it but this contest came up and I thought I should enter this first :) Well, so what I have experienced is that, travelling is not just about seeing places. It's the whole package. Firstly, the journey does matter to an extent i.e. the people you meet during your journey, the food etc. and this is different for each person. As for seeing places, apart from just seeing the place, it is the stories about the place, about the people who lived there once is what interests me more.

So, what would I do if I go to Europe?

Setting foot itself would be a magical experience.

Italy is the first country I'd go to..

I am very fond of European architecture (Medieval & Victorian in particular) and simply love looking at the buildings in South & Central Bombay.. so I'd like to explore the European cities on foot as much as possible, looking around and taking in as much as I can. I've heard of places in Italy where they rent cycles too so I will avoid carrying a lot of luggage with me. Of course, if I have family & friends with me, cycling wouldn't be possible.

Florence, Pisa, Verona, Venice, Rome and Milan are some places on my list..

Tuscany is known for its scenic beauty, countryside landscapes.

Most of Florence (in Tuscany, Italy), I've heard, is like an art exhibition. It'd be a thrill walking around the squares (or the piazzas) looking at works of art on display. 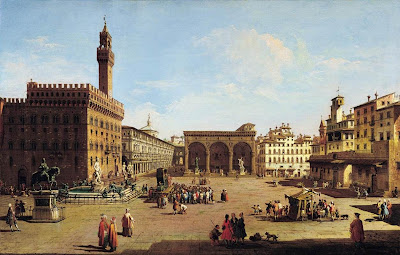 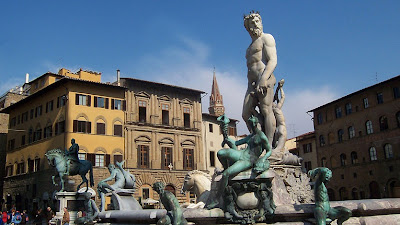 Imagine living in a city where all of it is like a museum .. so beautiful!!

I'd visit the cathedrals & churches there .. just for their elegant structures!!

Next up would be to go and see some of Michaelangelo's masterpieces.. :) 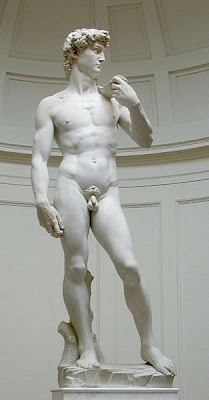 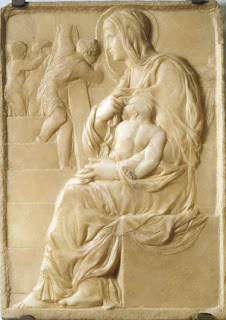 Madonna of the Stairs (Michaelangelo)

I'd take a walk on the Ponte Vecchio bridge just to look around at some jewellery, maybe even buy some.. 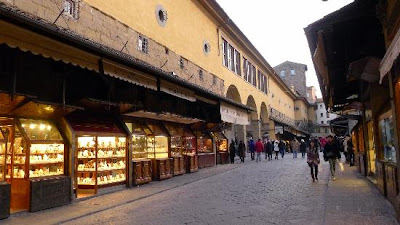 And for the food, I've heard that the San Lorenzo market is one place to go to, to explore the variety of food. I am a vegetarian though so might have limited options here! :) Can always explore the famous wines & cheeses of Tuscany here.

Next I'd go to Pisa to see the leaning tower! Have heard of it so much.. 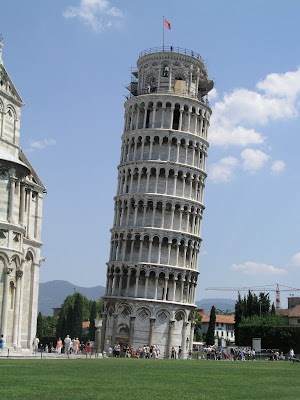 The Leaning Tower of Pisa, Italy.

Next city I'd go to is Verona.. Though it's not a very renowned city, with three of Shakespeare's plays set there, this city arouses some curiosity. 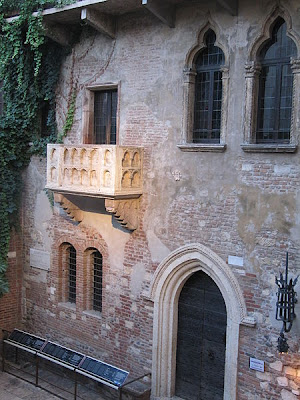 I'd also like to see the Basilica of San Zeno which is the most famous structure of Roman architecture and also the marriage place of Romeo & Juliet :) 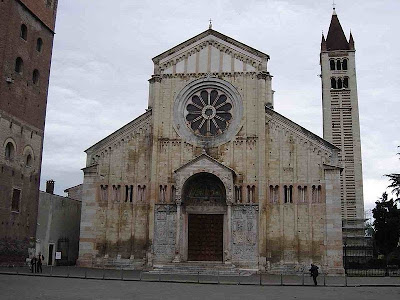 The next place is Venice.. and the first thing I want to do here is explore this 'city on water' on a gondola ride.. Would love to take a tour of the canals, the bridges. Have also heard that one can cover most of Venice on foot in a couple of days time. So that's something I'm keen on doing.

I want to walk around Saint Mark's square (Piazza San Marco) and visit the museums. 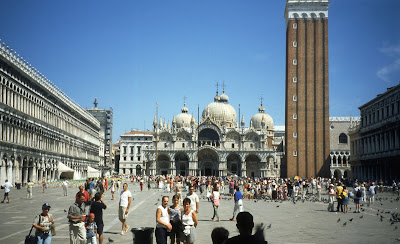 Looks so magical. I think Venice in the night would look more beautiful.

There is an Accademia Gallery (museum) in Venice too, which is host to many works of art.. worth paying a visit to.

Rome and Milan are the next cities on my list.

Rome for its fabulous architecture..

I'd like to visit the Roman Colosseum.. Also, having heard of so many Roman Gods, the Pantheon is also one place I'd go to. 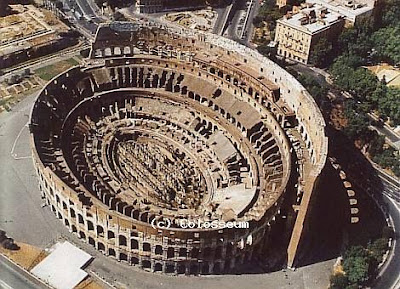 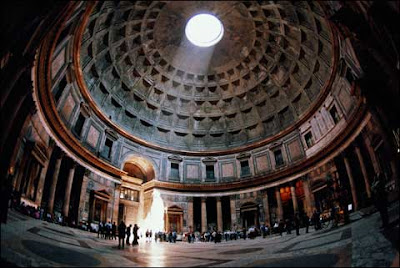 Inside the Pantheon, Rome 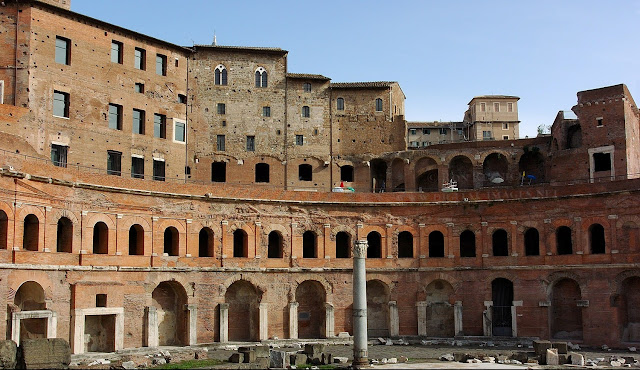 Not much of a fashion person, Milan (Italy's fashion capital) is the last city I'd head to in Italy.

Would stop at Duomo, the world's largest gothic cathedral. And then go to Castello Sforzesco, a castle in Milan! :) 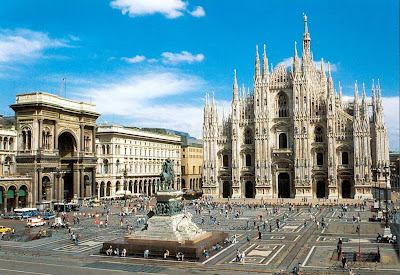 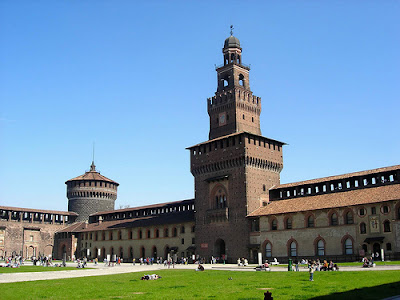 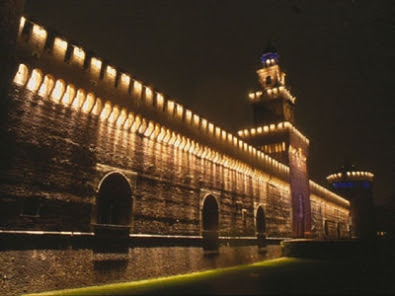 Everything looks so beautiful in the night!!

Have heard there are plenty of parks in Milan too. Would be nice going there for a stroll or just relaxing with family & friends during a lazy day- picnic basket and everything! :)

So that's about Italy.. The other countries in Europe that have caught my interest some time or the other are France and Greece.

Paris in France for its Eiffel Tower, the Louvre Museum and the apparent romance that flows through the city.. 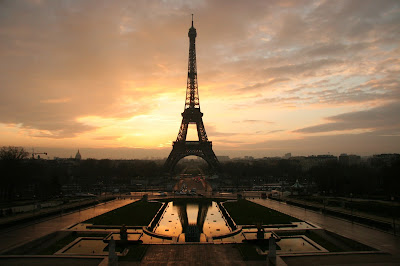 Eiffel Tower, Paris at dusk (I like this picture of the Eiffel Tower) 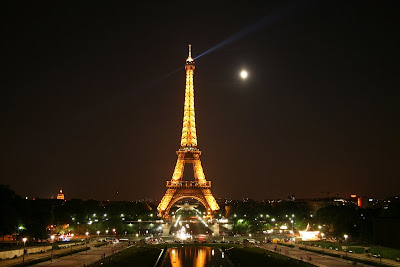 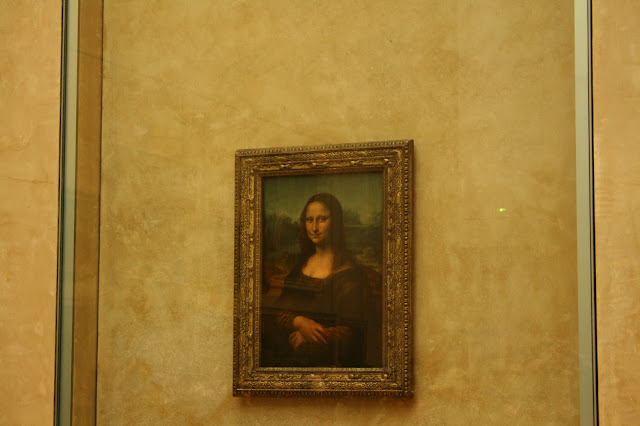 Greece caught my attention when I was watching the movie "Mamma Mia!" starring Meryl Streep. Also,  Greek mythology is very intriguing.. they have Gods & Goddesses for everything!! :) 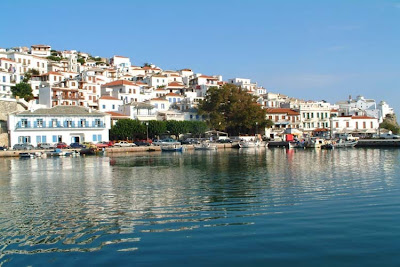 The Island of Skopelos, Greece (where the movie Mamma Mia was shot). 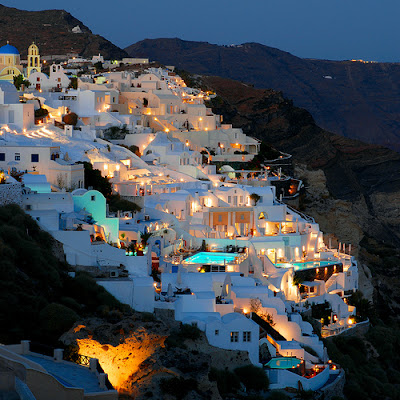 Would also like to go to the United Kingdom, Netherlands, Germany.. almost every country in Europe!

Travelling is exciting.. and every person's journey is so unique as we all see things differently.

Had written a short poem on this.

Posted it for the Twitter #HappyTravellers contest (which I won, btw! :) ) but had to cut short the words owing to the 140 character limit on Twitter. Posting it here again just so that there is a full version of it online..

So it's Bali and Greece for its culture, France and Italy for the art.
And so many more places in the world, I don't know where to start!

I love how each place carries a story, of the people who lived there once..
How some places are so beautiful, an example of nature's brilliance!

I want to see Juliet's balcony, and also Romeo's abode..
Where there used to be true love once, I wish to walk down that road!

I want to take a boat around Venice, and take the gondola tour..
I want to then go to Pisa and take pictures with the leaning tower!

For what good is this life if we cannot see, the beauty there is in the world?
It exists in people & places of God, waiting to be unfurled..

If I win this contest, I get to go to Singapore or Thailand. And if that happens, Indiblogger & Yatra might just make one of my dreams come true.. of travelling out of the country!! :) So really keeping my fingers crossed..

P.S: If y'all want to participate, here's the link : http://www.indiblogger.in/topic.php?topic=86
You might want to hurry though, it closes tomorrow (9th September 2013)!!

A lot of times, I take too long to make a decision and often, beat myself over it thus get stressed.

Over time, I have learnt that one can look at one of these parameters while making decisions :

Look at how important making this decision is to you. Is it life altering? Will it significantly change things?

If yes, does doing it move you towards your end goal/values? If yes, do it. If no, don't.

If it is not life altering, look at the 2nd parameter.

Does this make you happy?

If yes, does this also contribute to the happiness of others who may be important to you? If yes, do it. If no, you may still do it but if it is instead causing them harm in a way that it is hindering their spiritual growth or obstructing their personal goals, don't do it.

If it does not make you happy i.e. sucks the energy out of you, don't do it.

If it does not significantly affect your happiness, don't waste much time on thinking over it because it does not matter what you choose to do. Take a random decision and shift focus to  yourself or if you can, decide not to take a decision at all.