State of my Mind

Don't know what I'm waiting for,
Often I can't breathe,
I am lost, in search of
some missing piece..

All the wants in the world,
all of them require me,
to have someone that shares those wants,
that can provide some company..

It's strange how I crave to be alone,
Sitting with friends who let me be..
And strange how I start wanting my friends,
When I find the one that completes me.

Needless to say, when I'm alone,
I move in circles, can't stand my head,
Try to make sense of all this and more,
Can't find myself, then someone said..

Why don't you write? Just write all of it.
And as I wrote, I found myself.
But I lost my peace when I realised..
And went again in search of self..

I don't do a lot of gadget reviews usually but when this campaign came up, I thought I should pitch in, given my pleasant experience with the Zenfone over the past few months. A lot of friends keep asking me about it too, and one of them even bought it very recently, after looking at the one I have!

I bought the Asus Zenfone 5 from Flipkart on the day of the Big Billion Day sale.

It's a 5 inch Gorilla Glass screen with a 2 Ghz Dual Core processor, 2GB RAM and 16GB memory. It has a 8 MP camera with LED flash.

So here's a few reasons why I like my phone:

As always, looks are important, even with technology. I can be quite a girl like that!! The body of the phone is really sleek, with a smooth back. The screen is large enough (5 inches) for one to comfortably see a movie (not that I use my phone for it) but not humongous so as to make one feel like you're resting your head against something when you're answering the phone. 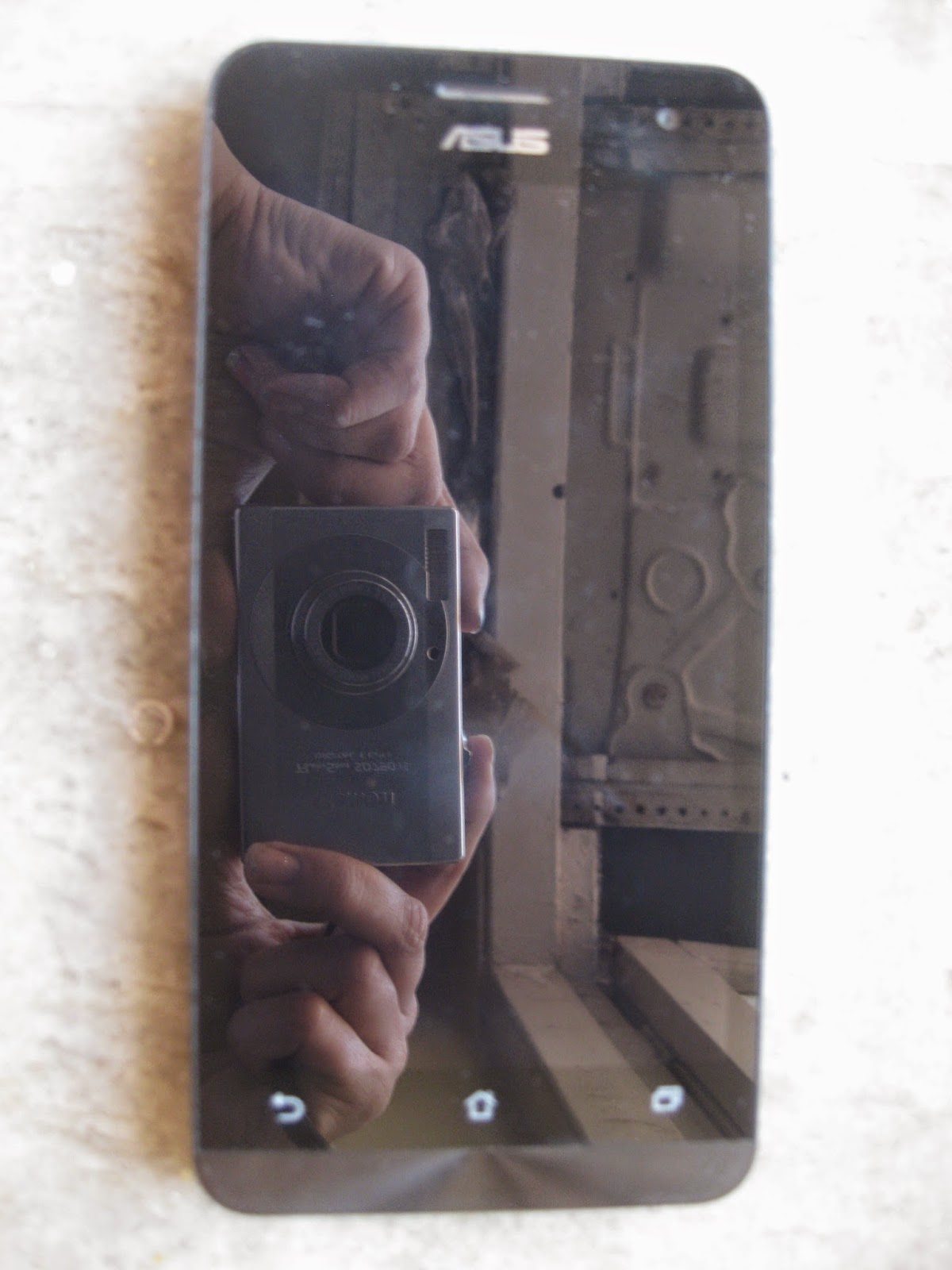 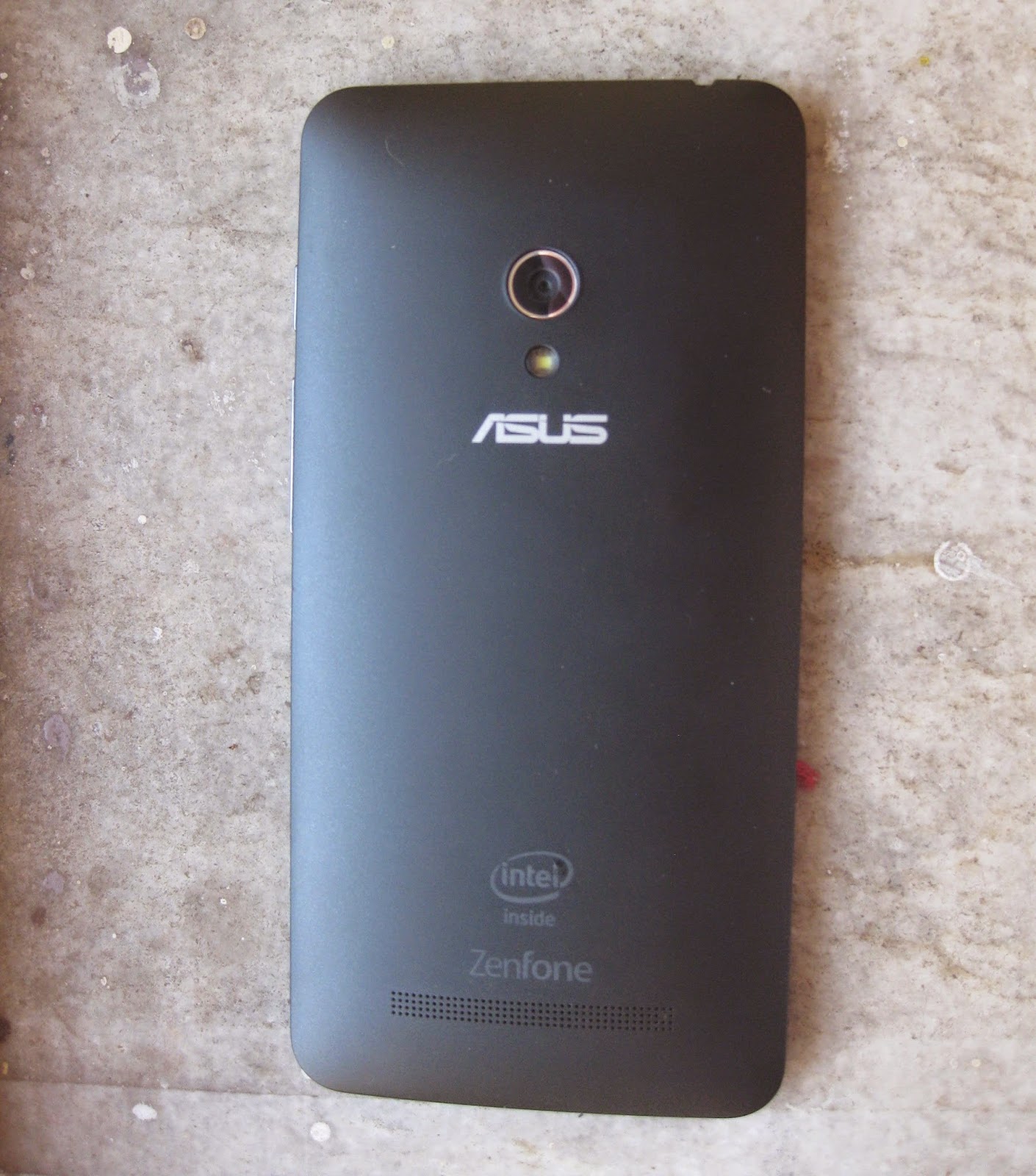 Good quality front camera (2 MP) - has a reputation of clicking amazing selfies!! My friends can vouch for this!

I can afford not charging the phone for a day. It depends on the usage though. It's a 2110 mAH non-removable battery, with a talktime of 18 hours and 30 minutes.

Most people who've used Android phones before really seem to like the UI, especially this screen with the quick access to most used settings. 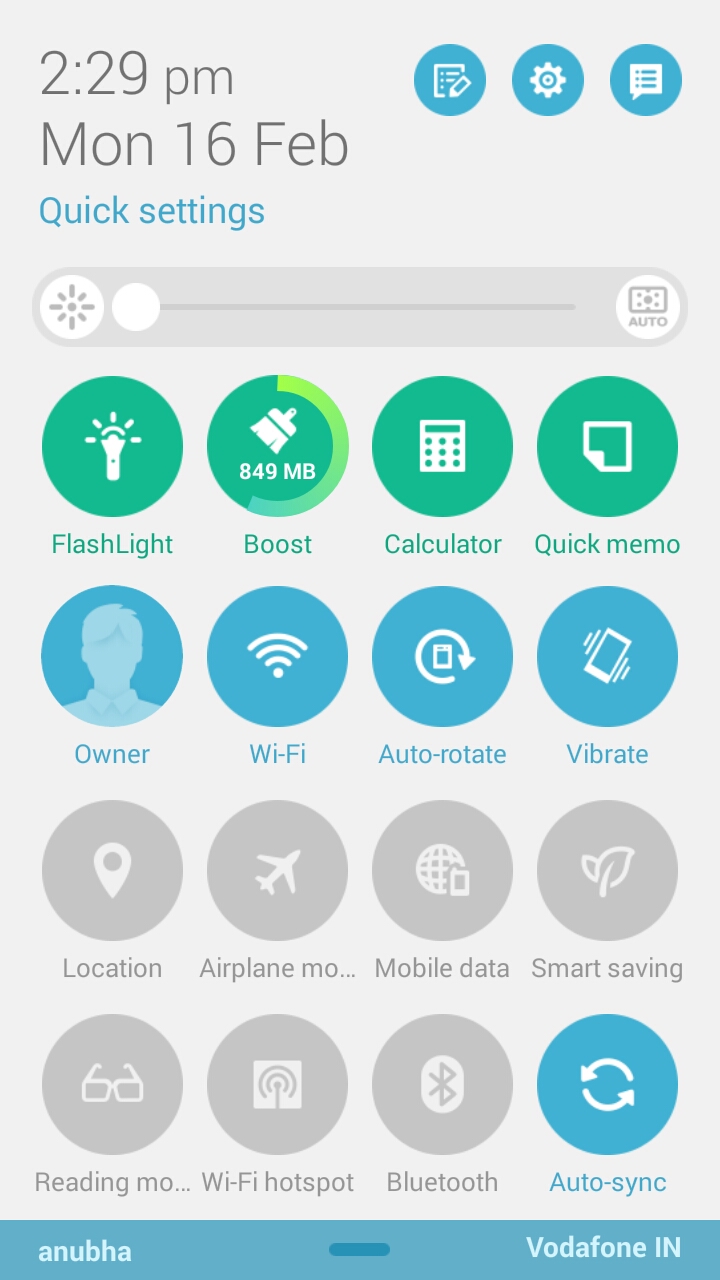 As compared to the Google Launcher, I also found the Asus Launcher to provide a more spaced out app screen: 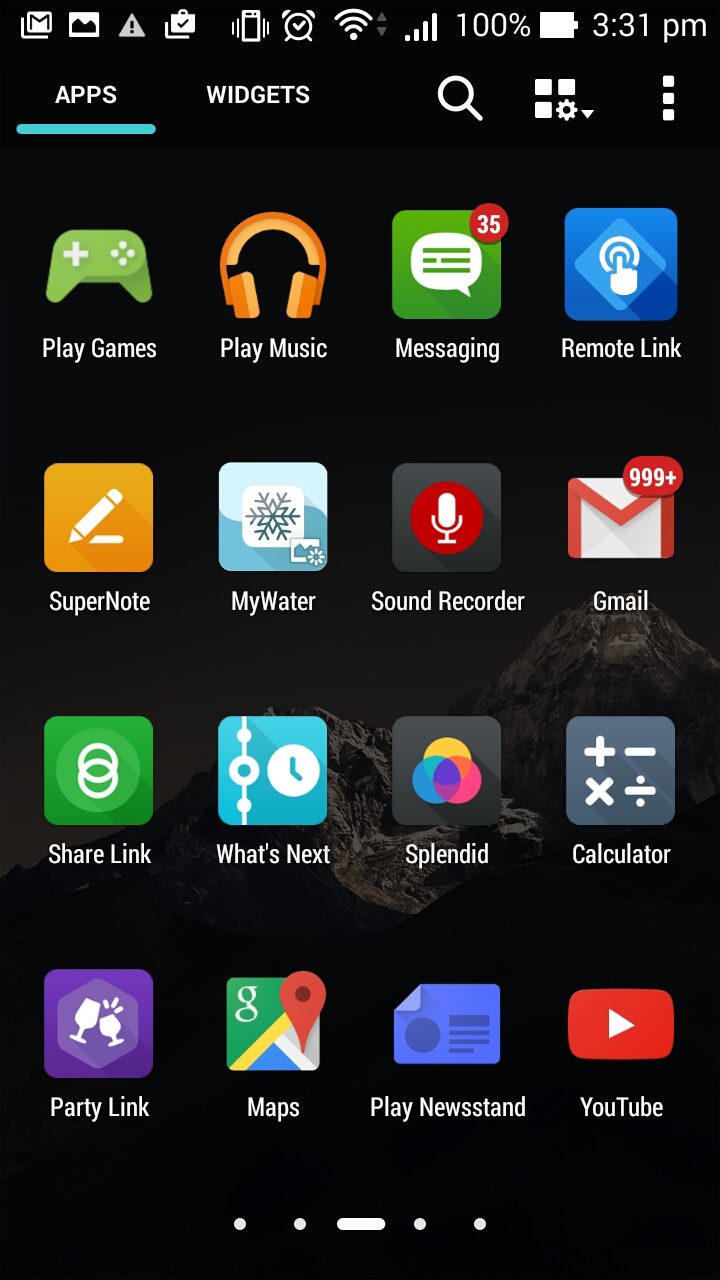 It can be changed anytime ofcourse. 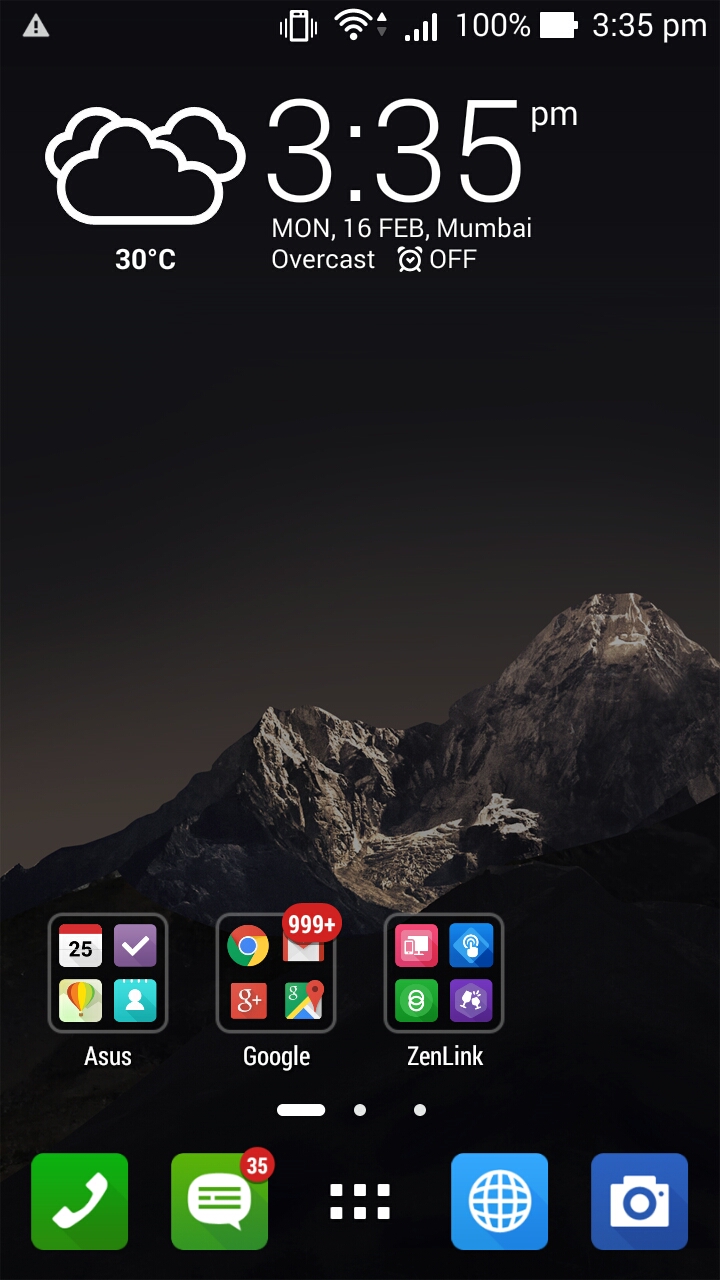 I haven't experienced a lot of lags while operating the phone. There was minor lagging a couple of times when I was playing one of the games, but I cleared some memory and it was gone.

Even money wise, I think you get twice of what you pay.

Just one little complaint - when the battery is low and you're on the phone talking to someone, the default setting is that it vibrates too loud, right on the ear!! It is highly annoying when that happens. Let's see if I can find a way to tackle that.

So that's it from me about the Asus Zenfone 5. Quite happy so far and I'd totally recommend it!