Swept away... with the wind!

Hello! I have been unwell for quite some time now and it's "Gone with the Wind" that has been keeping me company under the covers! I used to read the book only on trips but I've come to such a point that I find it hard stopping myself from reading further. I must say it's a very well written book. The story makes you feel like you're such a part of it! I have come to the end of the book now (I still don't know what happens at the end so no spoilers please!!). It's so captivating it made me read all about the American Civil War on Wikipedia. The story's set against the backdrop of the war between the Yankees and the Southerners, at a time when the blacks served the whites and actually took pride in it. It made me want to google up on all costumes of "Gone with the Wind" (the movie) and even watch small clips of it on You Tube. I don't like watching the movie before finishing the book but I couldn't resist watching a few scenes. The costumes are so extravagantly beautiful I wish I could wear them in today's time! 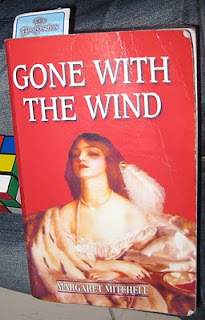 The book, written by Margaret Mitchell, tells a story of the beautiful Scarlett O' Hara, who is in love with the handsome and honorable Ashley Wilkes. Ashley, however, is going to get married to the sweet and delicate Melanie Hamilton. When Scarlett knows of this, she confesses her love to Ashley. This is the famous library scene where Ashley tells Scarlett he loves her too but that Melanie would make a much better wife. The headstrong Scarlett is furious at this and slaps him. After Ashley takes leave, she even throws a vase in fury. This is considered to be very "un-ladylike" in those times and the infamous Rhett Butler is head over heels in love with Scarlett when he secretly witnesses this scene. He likes the fact that Scarlett is so different from the rest of the ladies in that time who suppress what they actually want to do just so that they'll be accepted as being "ladylike". The story continues from hereon.


At many times in the book, Scarlett is portrayed to be very selfish but as you read on, you realise WHY she does the things she does and that everyone eventually do what they want to do. It's only human. It made me wonder whether I am Scarlett or I am Melanie. First I wanted to be Melanie- the ever sweet, loving, calm and caring human being with no hard feelings for anyone. I was scared of being Scarlett but I saw some qualities of Scarlett in myself too. I have been in a scenario where I was told that I wasn't "wife" material and I know how angry one can feel at something like that. I have been rebellious too at times when I was held from doing something I strongly believed wasn't wrong. I am attached to where I live (Bombay) and defend when someone speaks ill of it the way Scarlett defends Tara (the plantation on which she lives). At the same time, I am a bit like Melanie too. I can't easily hate someone no matter what they do. I usually surprise myself when I find that I still end up caring and helping people who are not usually received well or have cause some hurt to me sometime. I think one should be strong-willed like Scarlett and sensitive like Melanie.


As for the rest of the book, I'm in love with everything about that time. The simple mindedness of the people (excluding the hypocrisy and gossip), their luxurious lifestyles, their gowns and barbecue parties, the bazaar in Atlanta.. and so much more!! I'd love to have someone to dress me up in rich gowns and to be all decked up all the time. It gives you such a princess-like feeling :D The hat, the gloves, the bonnet, the shoes, the coats, voluminous gowns and ruffle & taffeta dresses! If you think I'm exaggerating, go ahead and tell me if you wouldn't like to be dressed up like this: 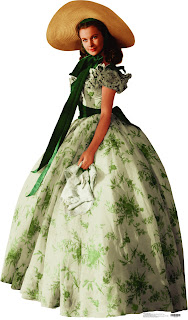 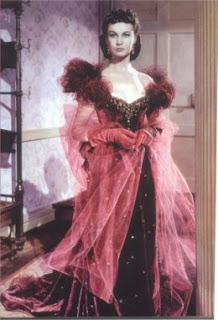 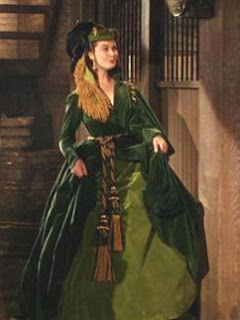 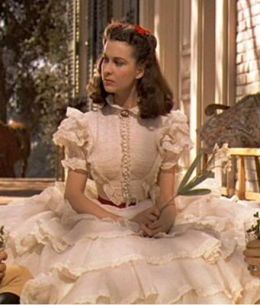 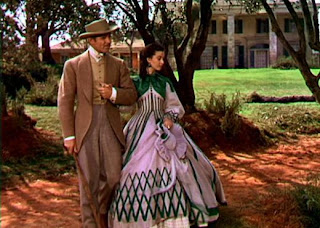 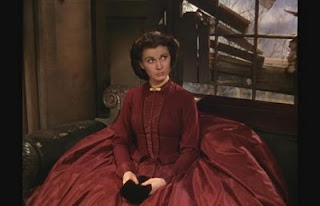 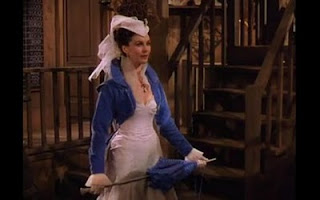 These images have been googled for.

Didn't I tell you these were awesome?


I've even read about someone who got a bungalow built that looked just like the one on Tara plantation, where Scarlett lived. I'd love to visit the places mentioned I've read so much about them already!


I'll go on to finish reading that book now. There's a sequel to this book too. It's titled "Scarlett" and it's by another author. I've heard people say it's not a very good book but I think I'll read it anyway.


I really recommend "Gone with the Wind" to anyone who enjoys reading classics or romance novels! You'd rather read the book before seeing the movie. The movie HAS to be seen to appreciate the costumes and the places that have been so well described in the book. Margaret Mitchell was indeed gifted! :)
Posted by Anubha at 1/18/2011 12:05:00 AM

nice blog.. when you are buying these kind of dresses ? :)

ok so once ur done wid the book pass it on to me, will u??

@Lan
Thanks and I'd love to buy them, but there's no appropriate occasion on which to wear them! Or I'll just wait for them to come in fashion again.. Or maybe wear them at a costume party, what say?

@pooja
Yes you should. Welcome to my space! :)

Cool looking dresses, also the book is excellent, I did enjoyed a lot the book.