I had posted this on Facebook a few days ago and some people still couldn't view it even with the Public settings. Posting it here again.

Valentine's day for me was very different this year.
I thought of treating myself with a hair spa & a haircut at a salon in Andheri West so I was there by noon. When I was done after about a couple of hours, I was looking for an auto to take me back to the station & by fate, I was in celebrity rickshaw driver Sandeep Bachche's auto!
He is a simple man from Mumbai who calls himself Munnabhai SSC, being a die-hard fan of Bollywood actor Sanjay Dutt. He is such a big fan of Sanjay Dutt that he has tattooed Sanjay Dutt's face on his left arm and ever since Sanjay Dutt went to jail, he has not worn slippers. He walks & drives bare foot.
So as soon as I got into the auto, he started telling me he's on Facebook, Twitter, Snapchat and other sites I hadn't even heard of! He went on to tell me about the number of awards he's got, who all he has met, how he went to give a talk at TedX Vizag, how Salman Khan called him over for tea and how he decided to help cancer patients after his mother passed away in his arms in 2004 (hope I got the year right).
His auto was a sight to see. He provides a lot of services within his auto- water, newspaper, fire extinguisher for emergency, tissues, a mirror, mobile charging, chocolates for kids, PCO, hot tea for Rs. 5. I might have missed on more. There are so many services that he even felt a need to write- "Toilet is not Available"!

There's a small board that he updates daily with the current currency rates, weather etc. He told me he gets it from the morning newspaper.
A believer of Ram, he also believes in respecting Gods of all religions and bathes the holy idols/pictures in his auto with milk on Sundays. He said that instead of separate offerings, he lights an agarbatti for all of them together.
He does not drink, smoke or eat meat.
He offers 50% discounts to blind people, 25% to other handicapped people, 10% discount to couples who are just-married and for senior citizens, the meter starts from Rs. 10 instead of Rs. 15.
While waiting at the signal, a man peeped into the auto almost scaring me. Sandeep then explained that this is a common occurence because his services are also printed on the back of the rickshaw so people get curious!
He sets aside Rs. 150 daily and every Sunday, he uses Rs. 700 to help cancer patients. I don't quite remember what he does with the rest of the money but he said that he often keeps getting calls from people who require money for someone's operation or education.
I took a lot of pictures while sitting inside the auto and after stepping out, he happily agreed to pose for a picture. 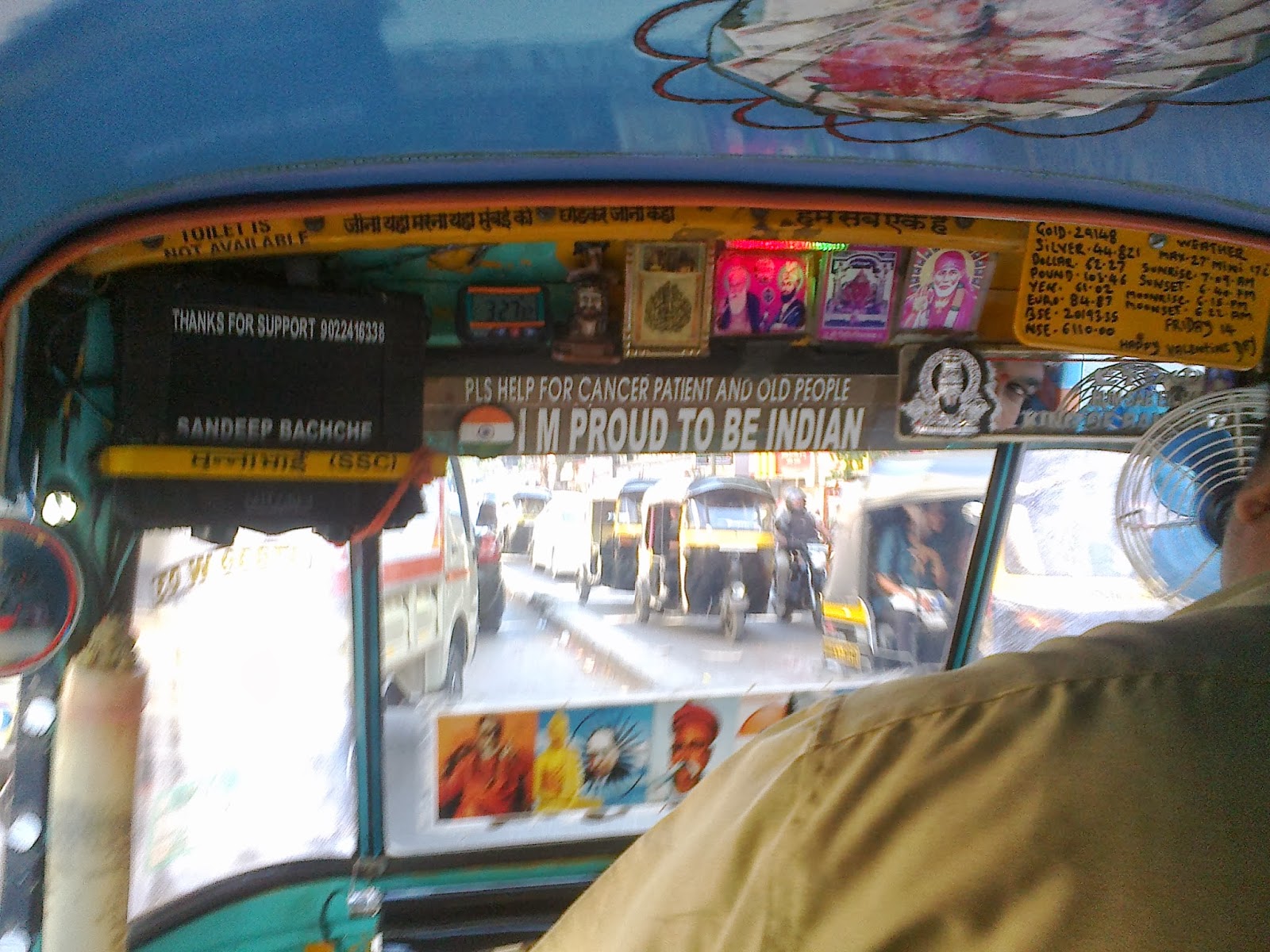 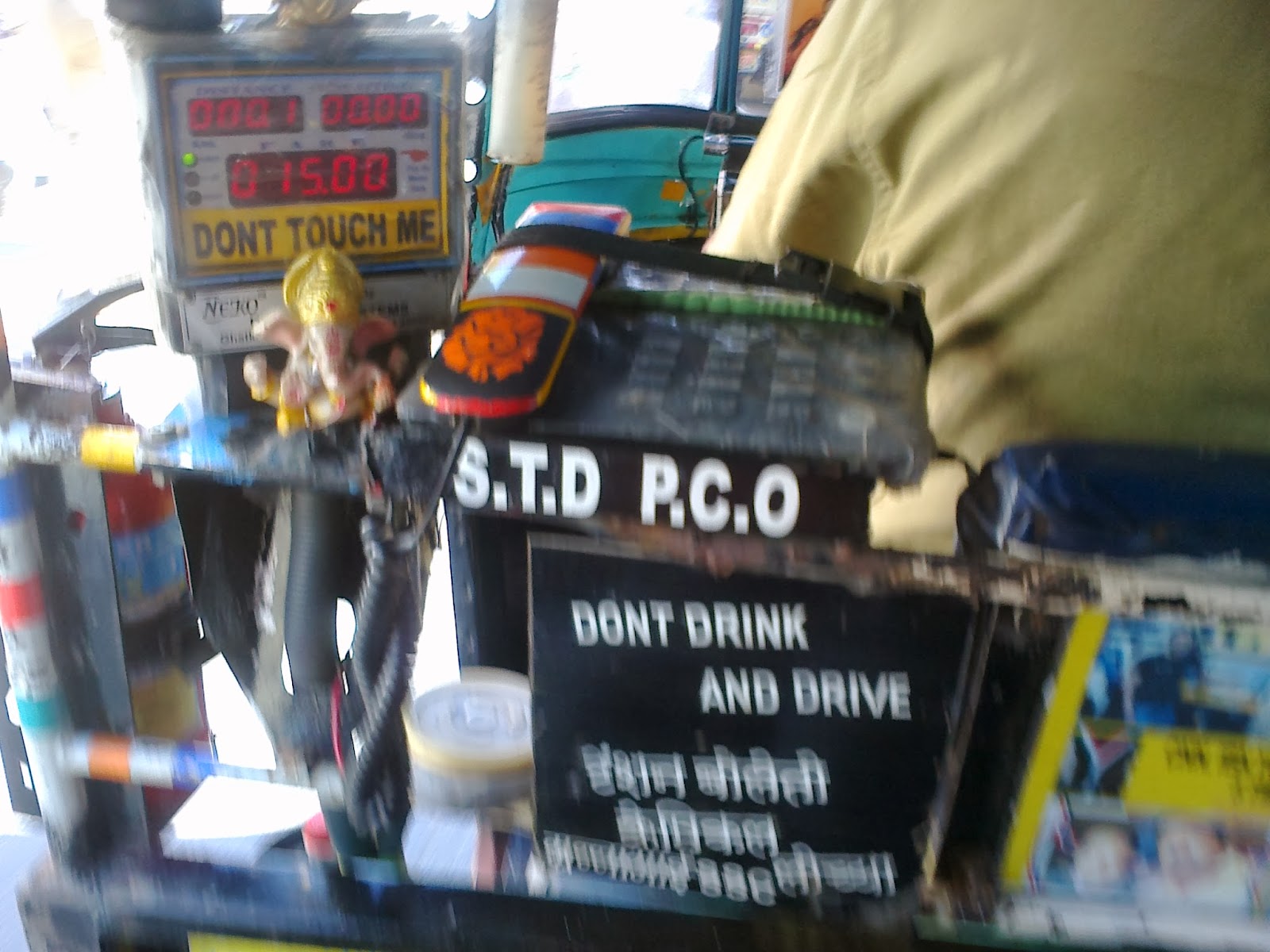 A phone and a fire extinguisher (at the far left) 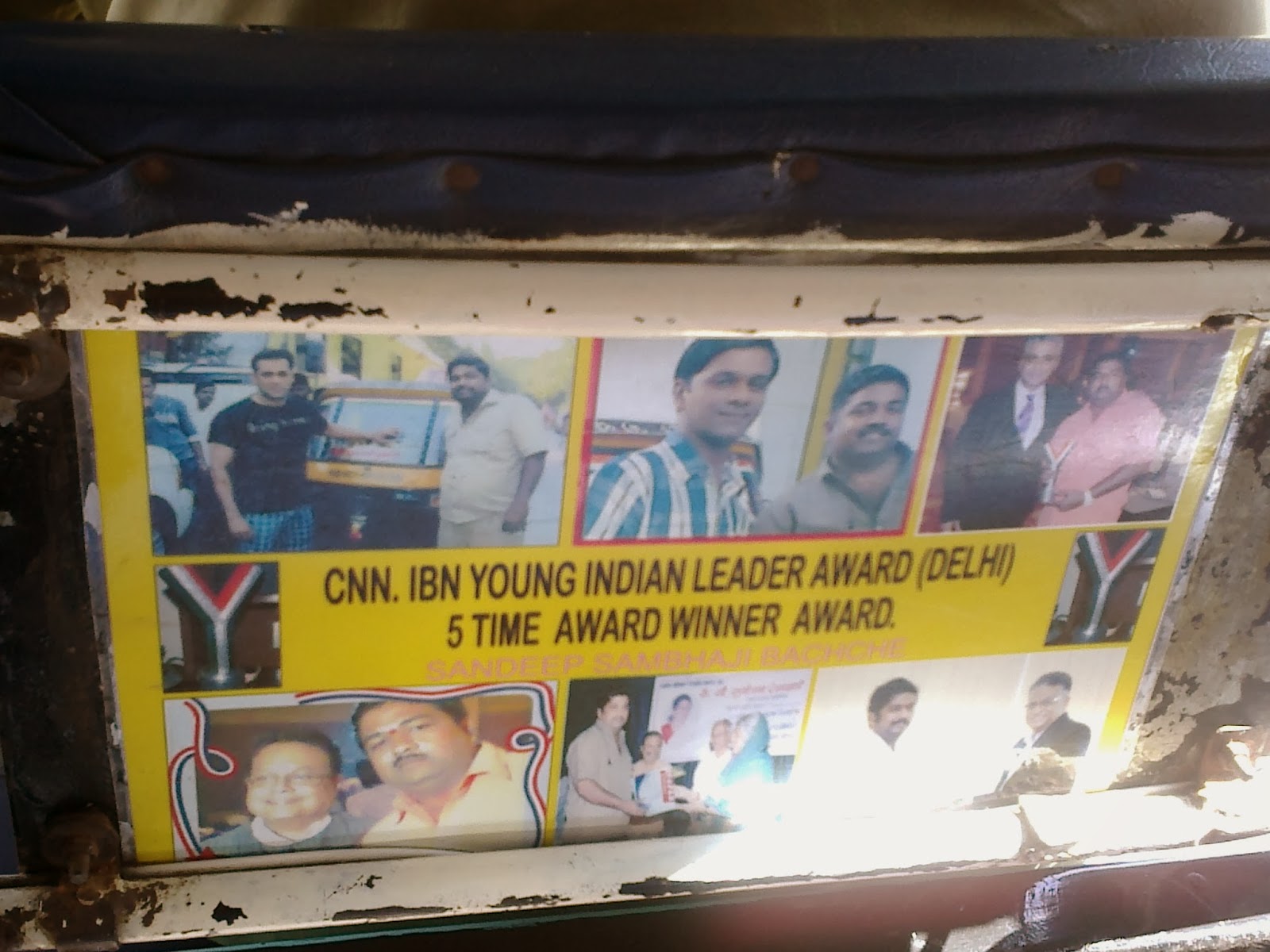 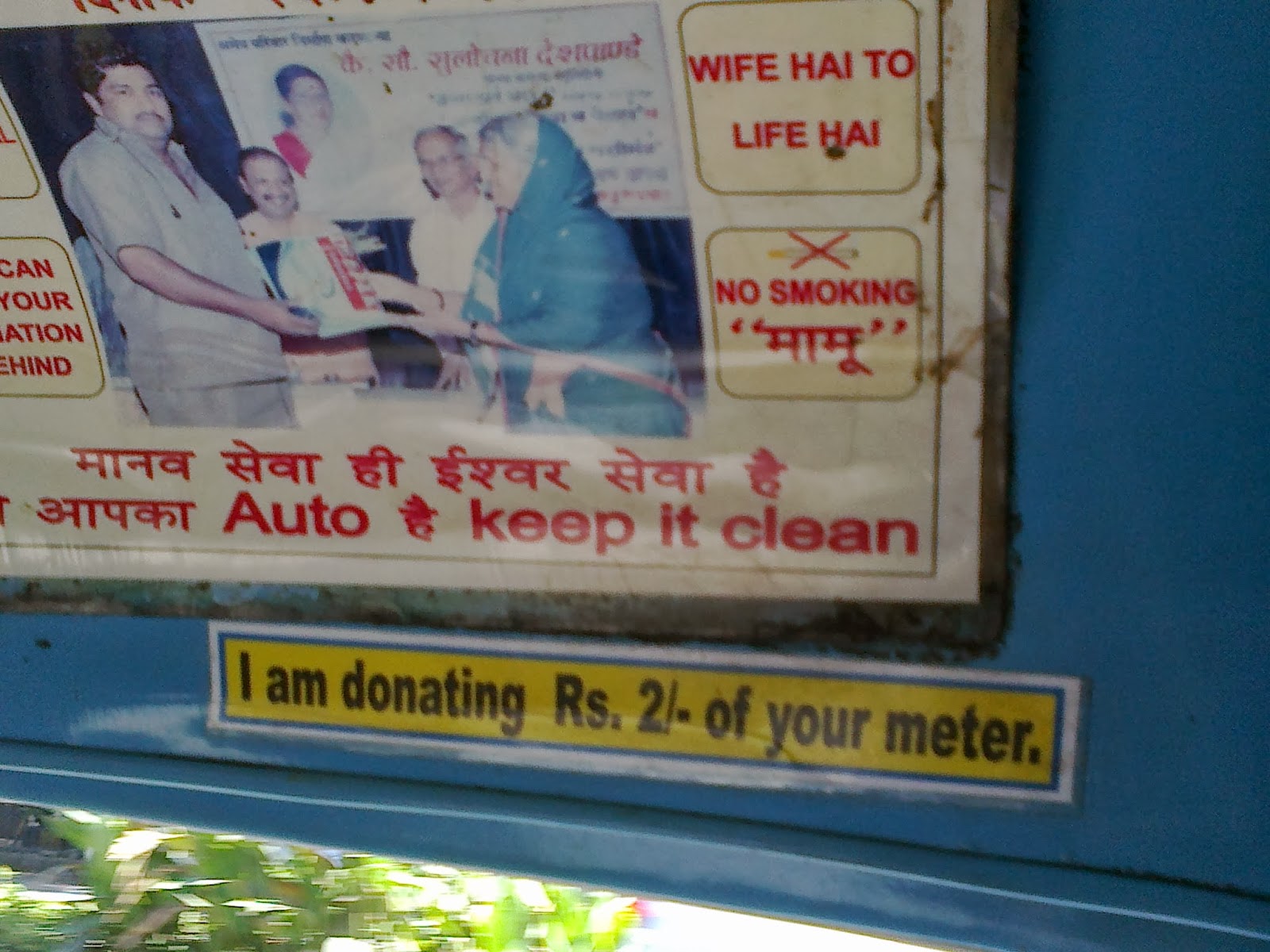 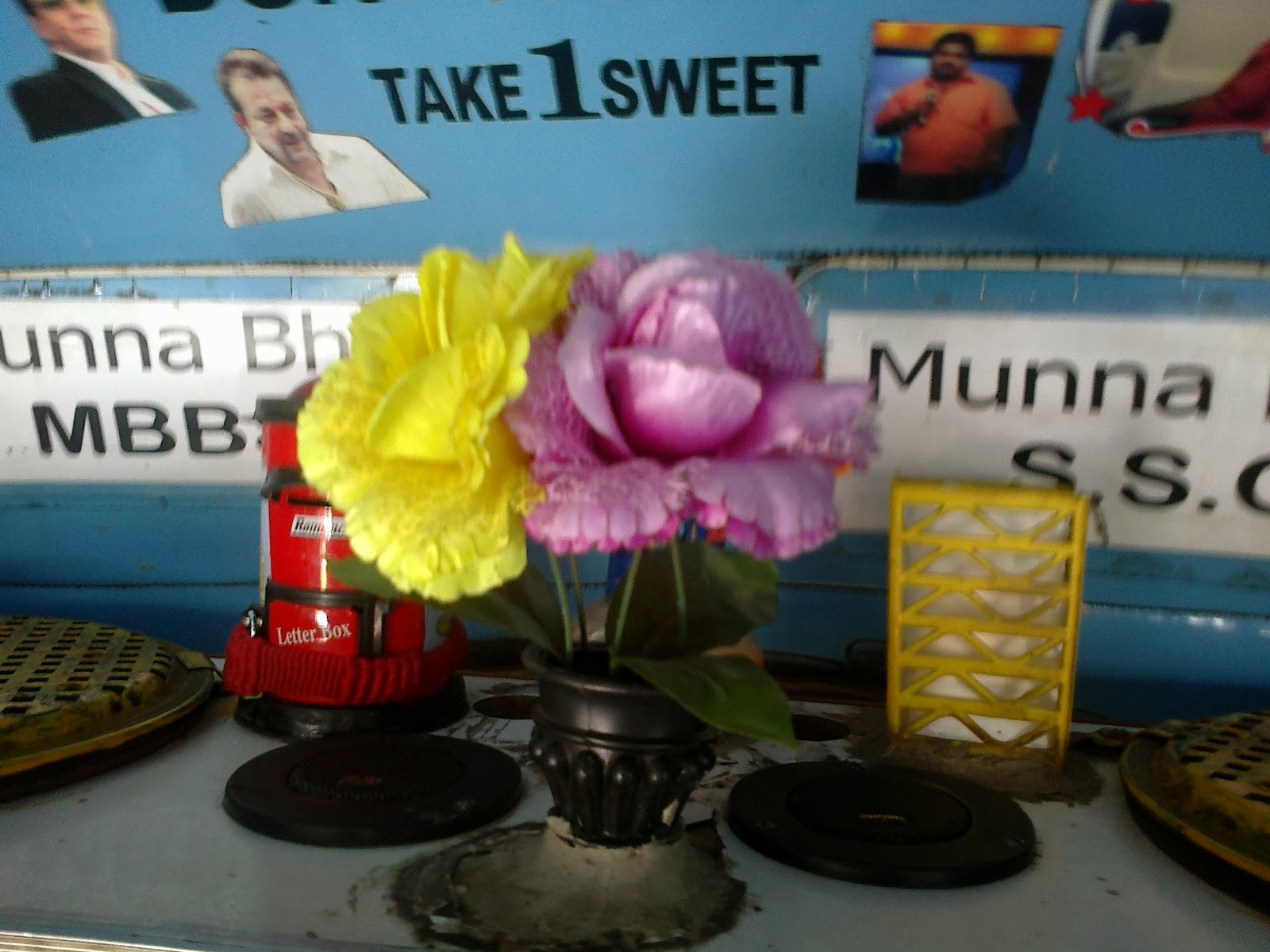 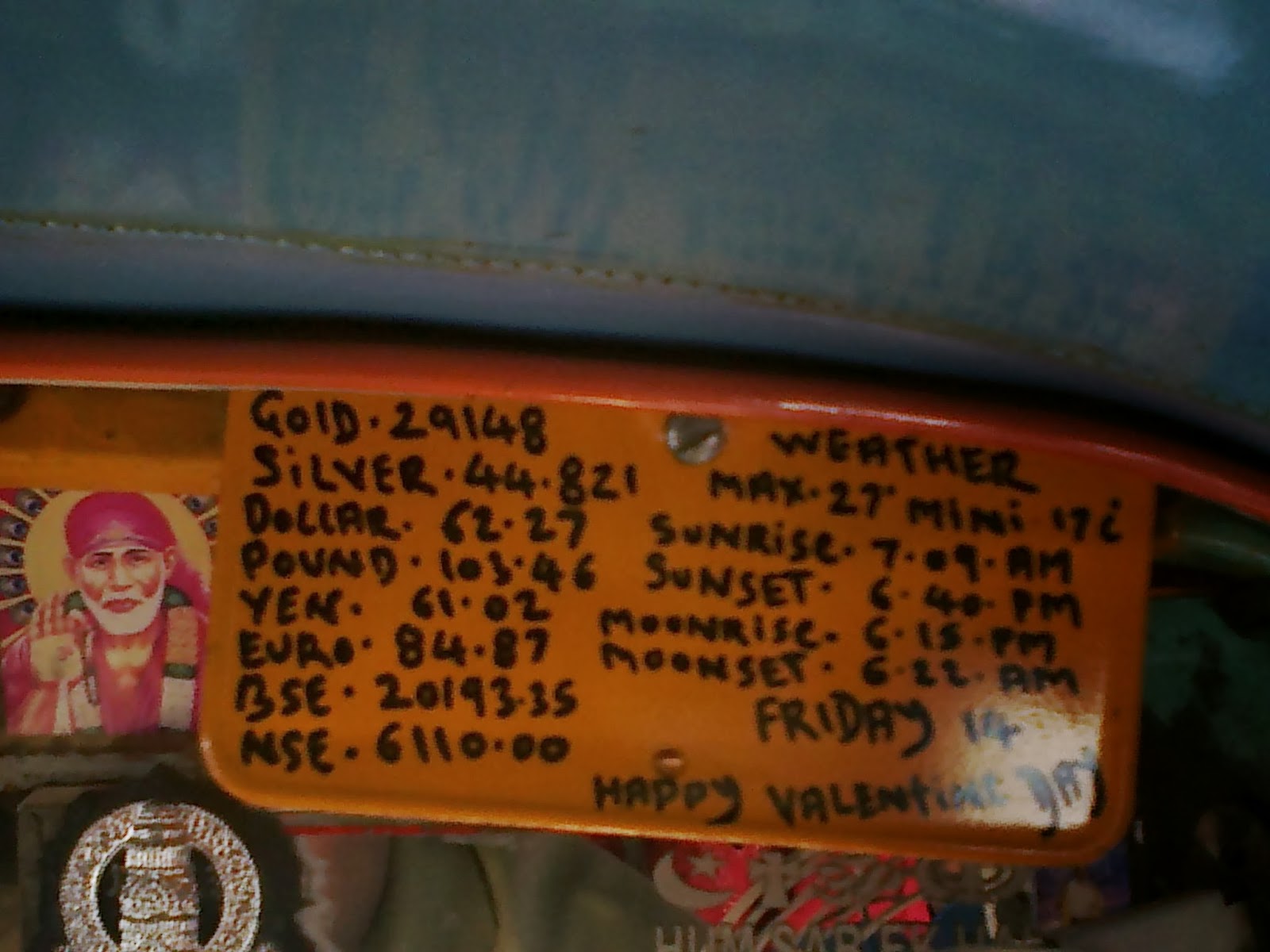 He updates this board everyday with the current currency rates, weather, shares etc. He says he gets it from the newspaper every morning. And hey look- it's also Valentine's Day! 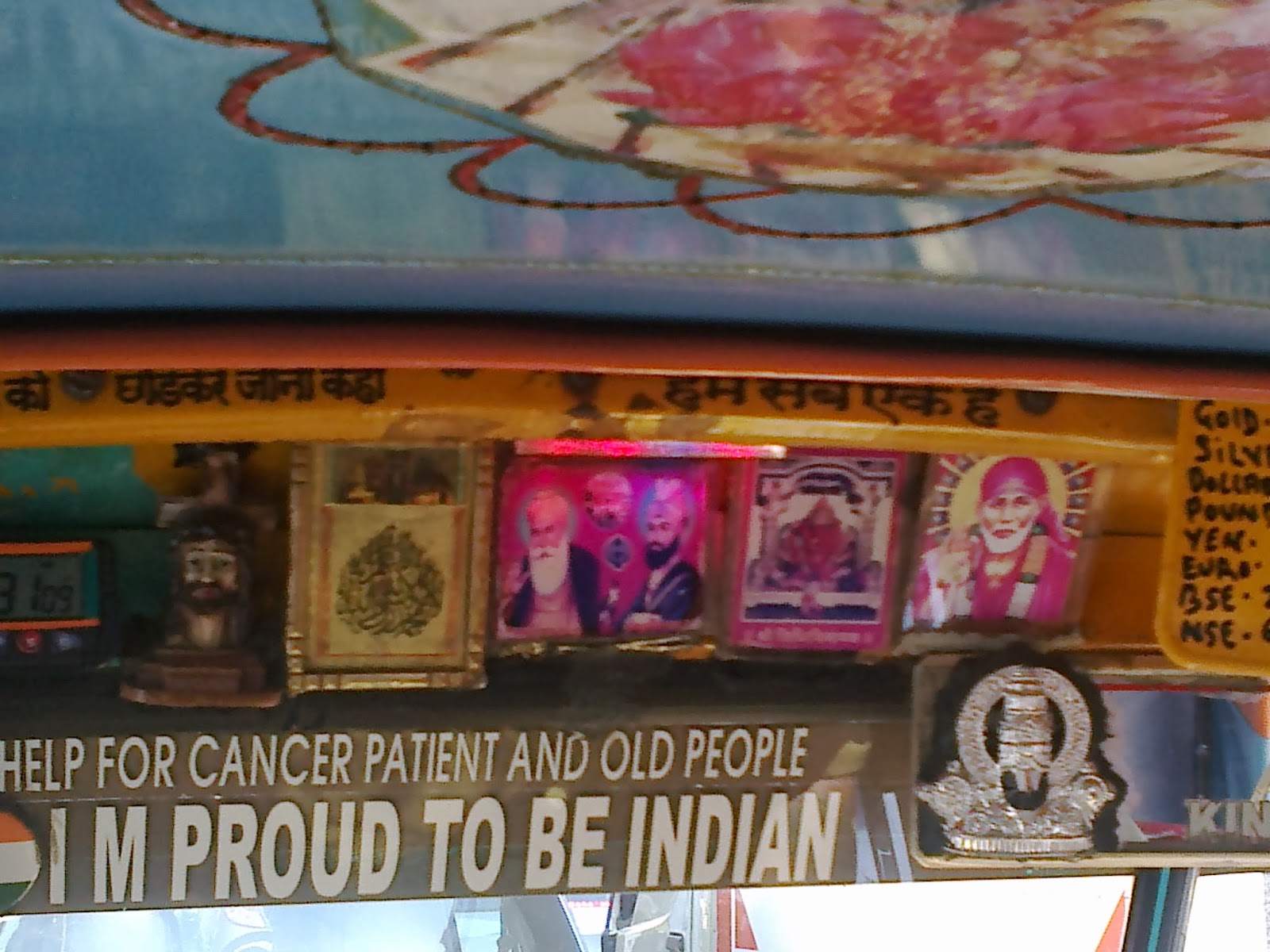 He has all the Gods! 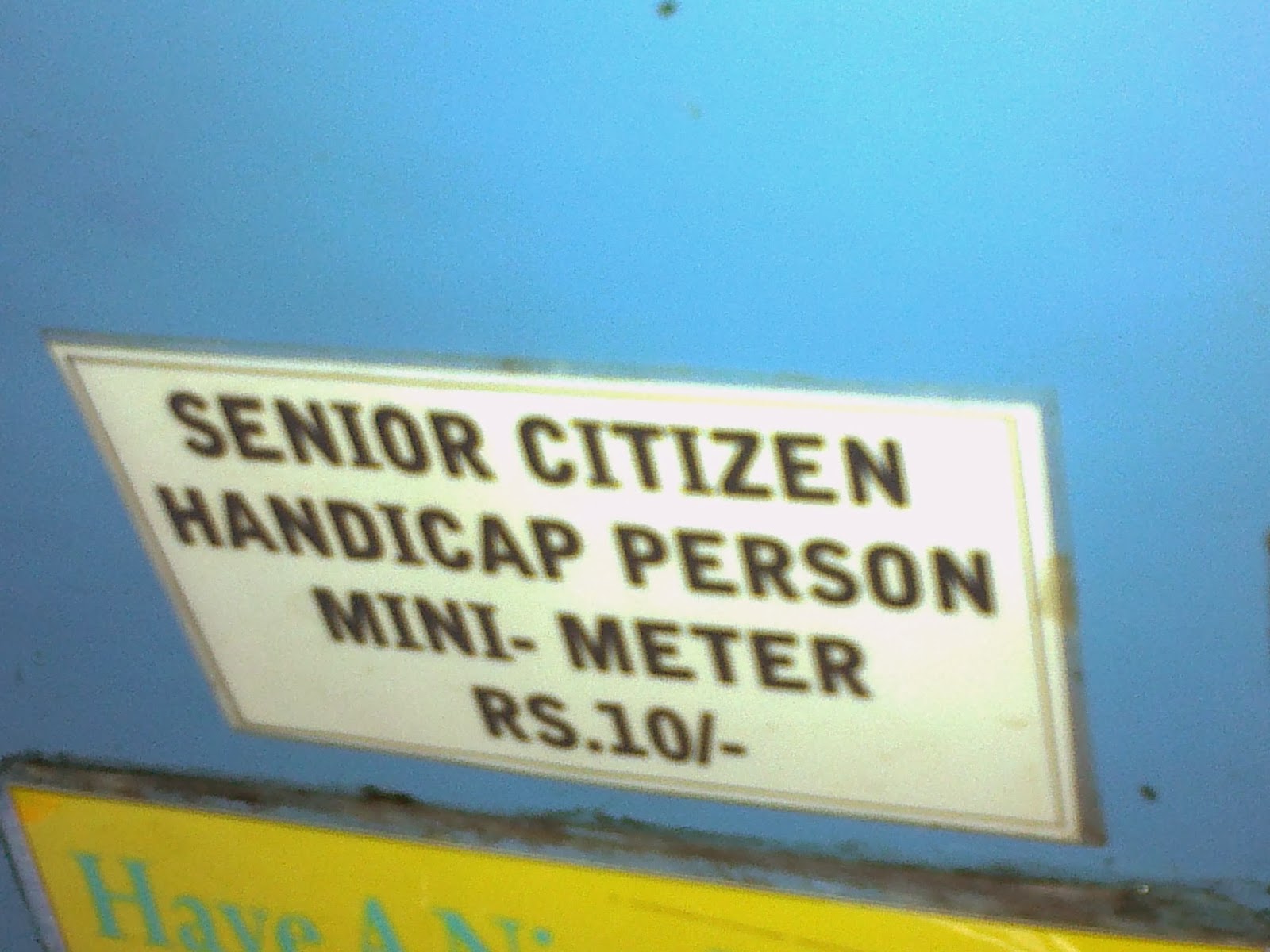 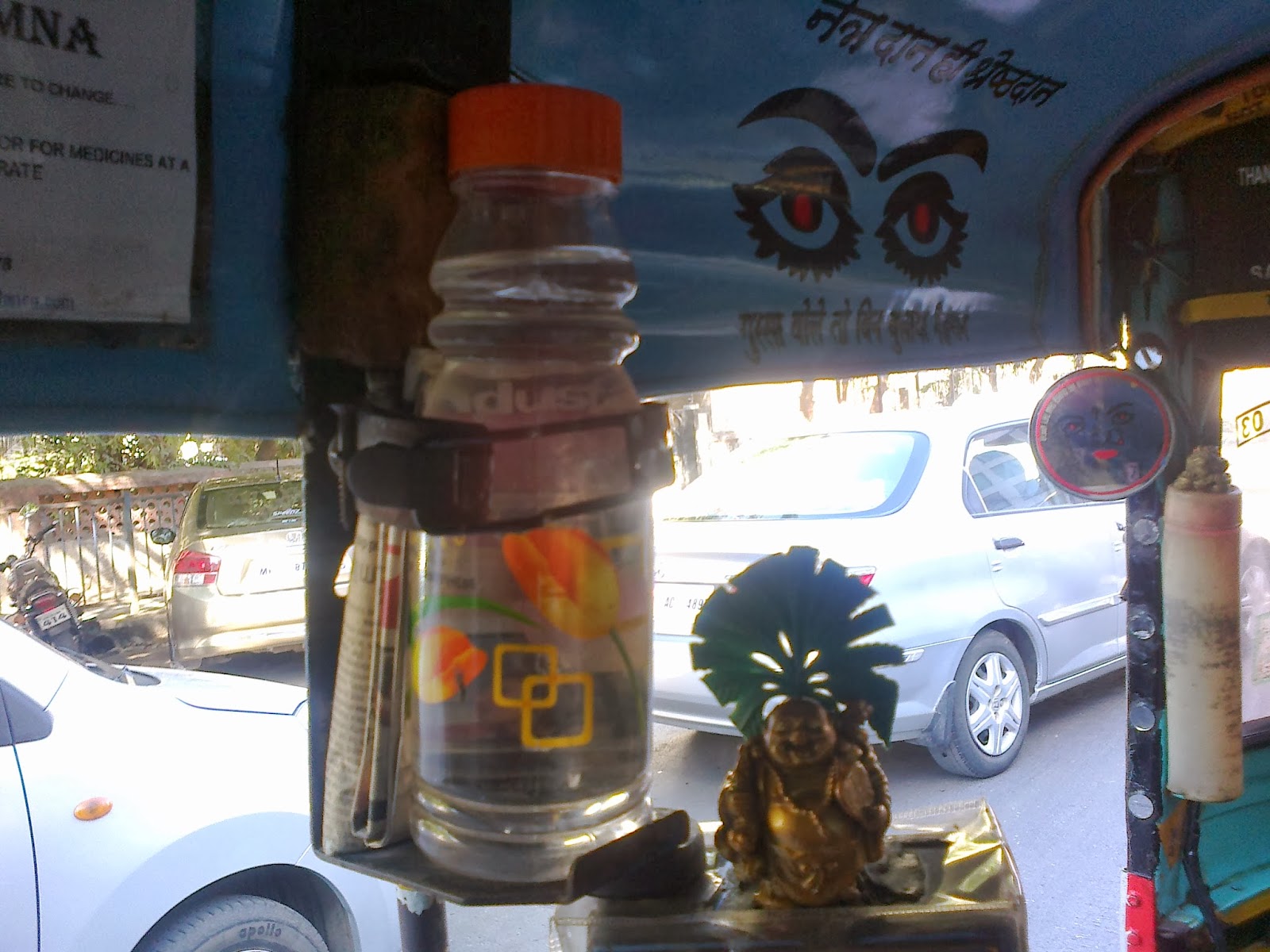 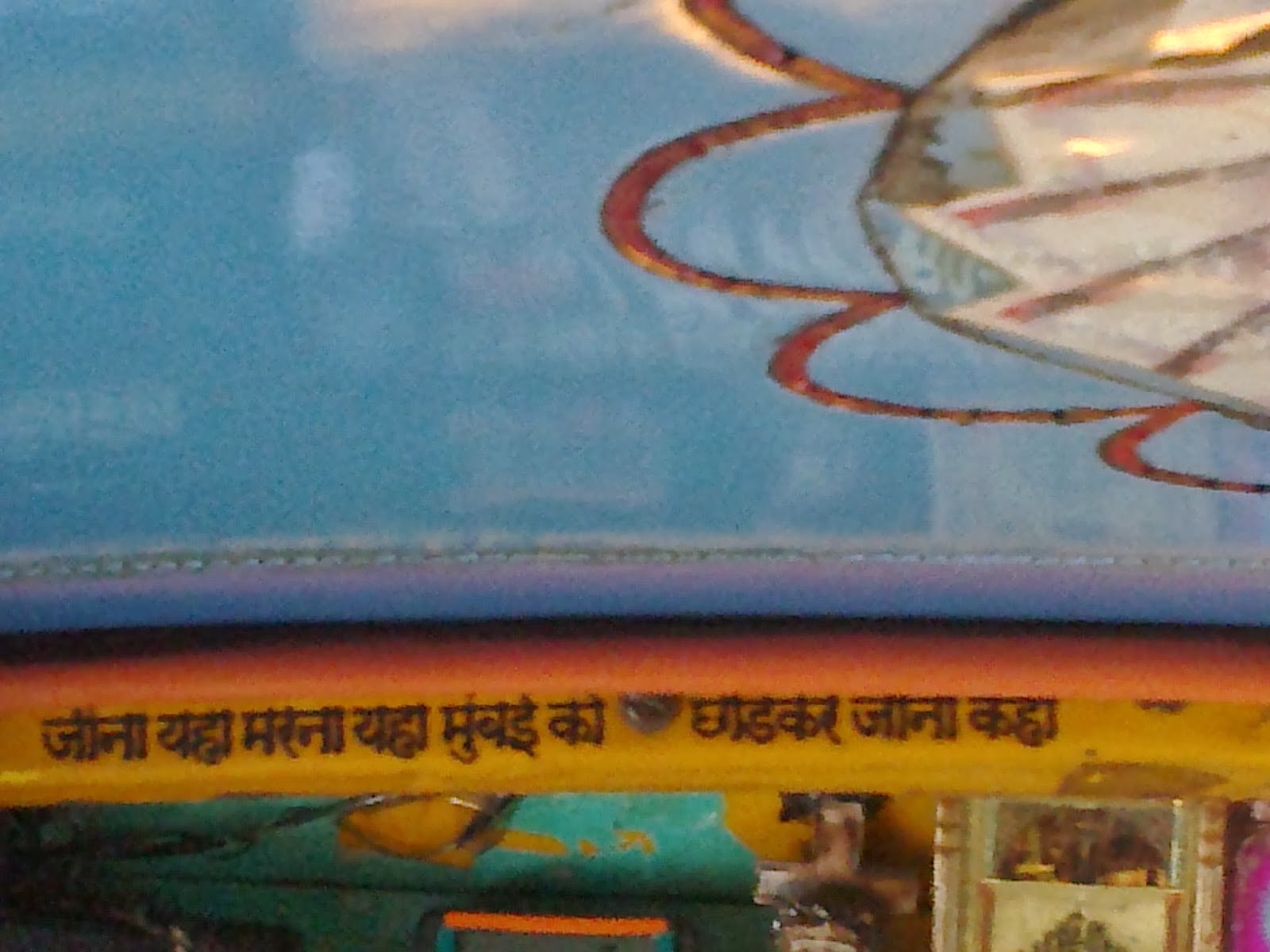 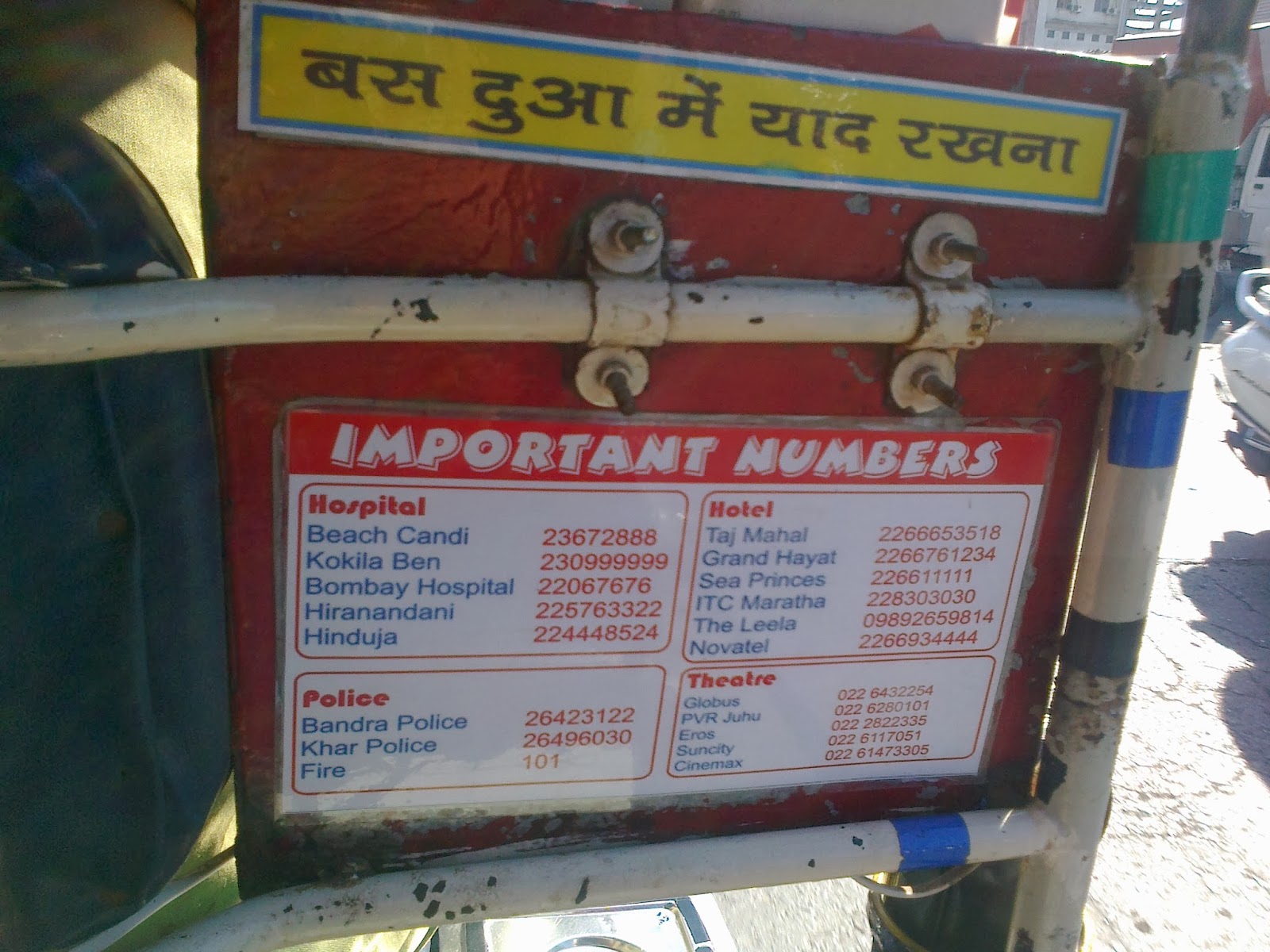 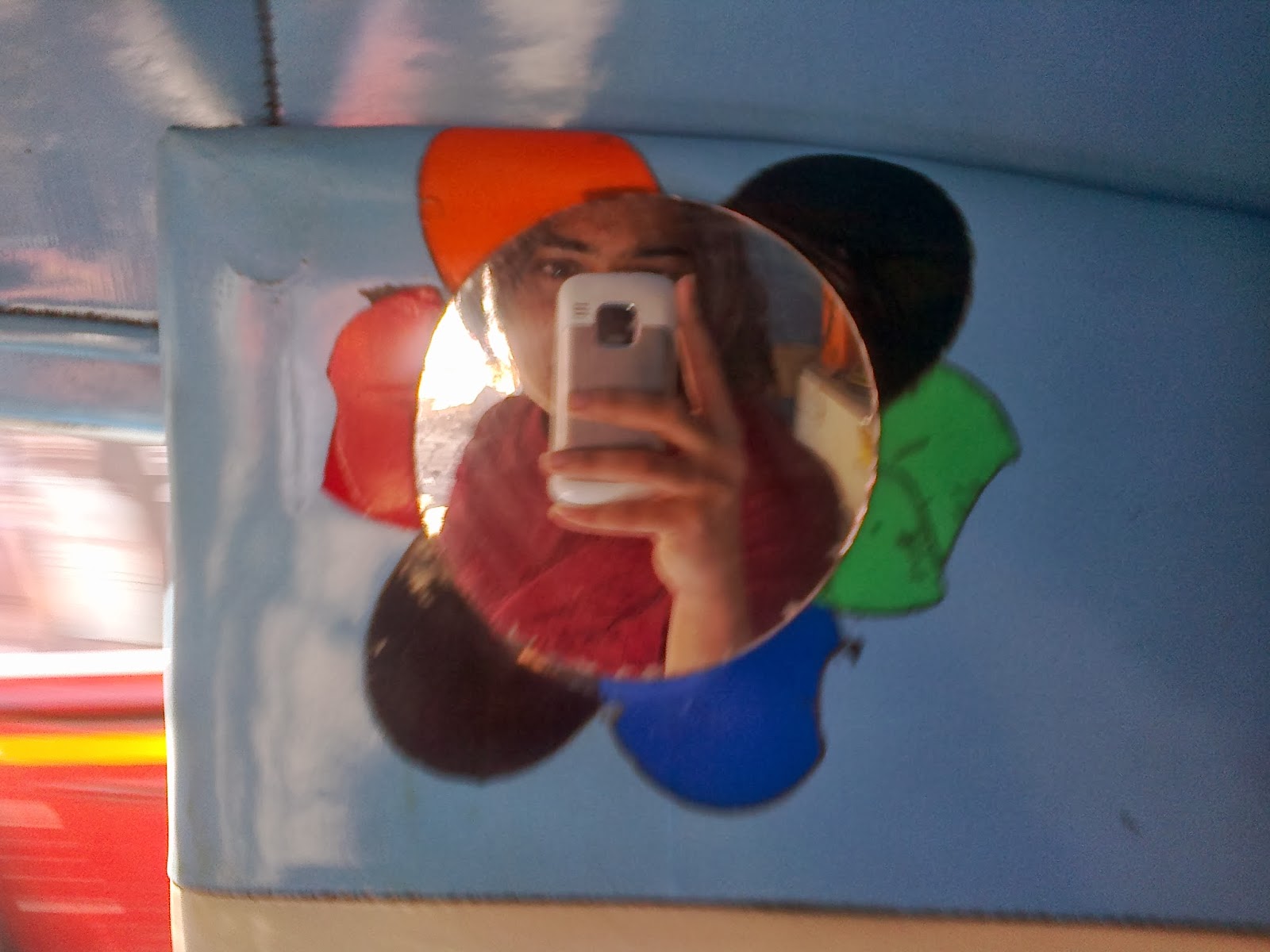 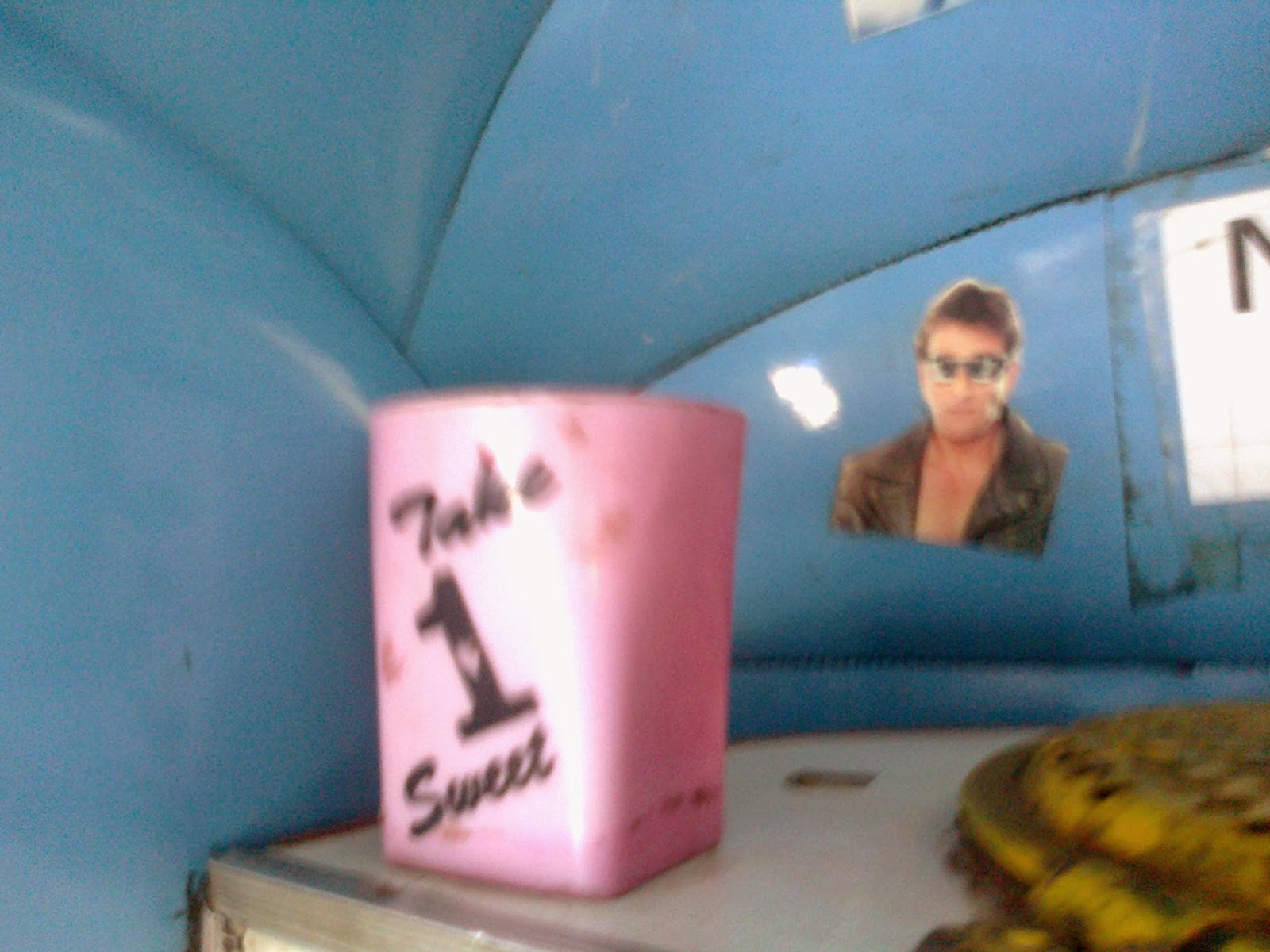 Take 1 sweet - chocolates for the kids in his auto! 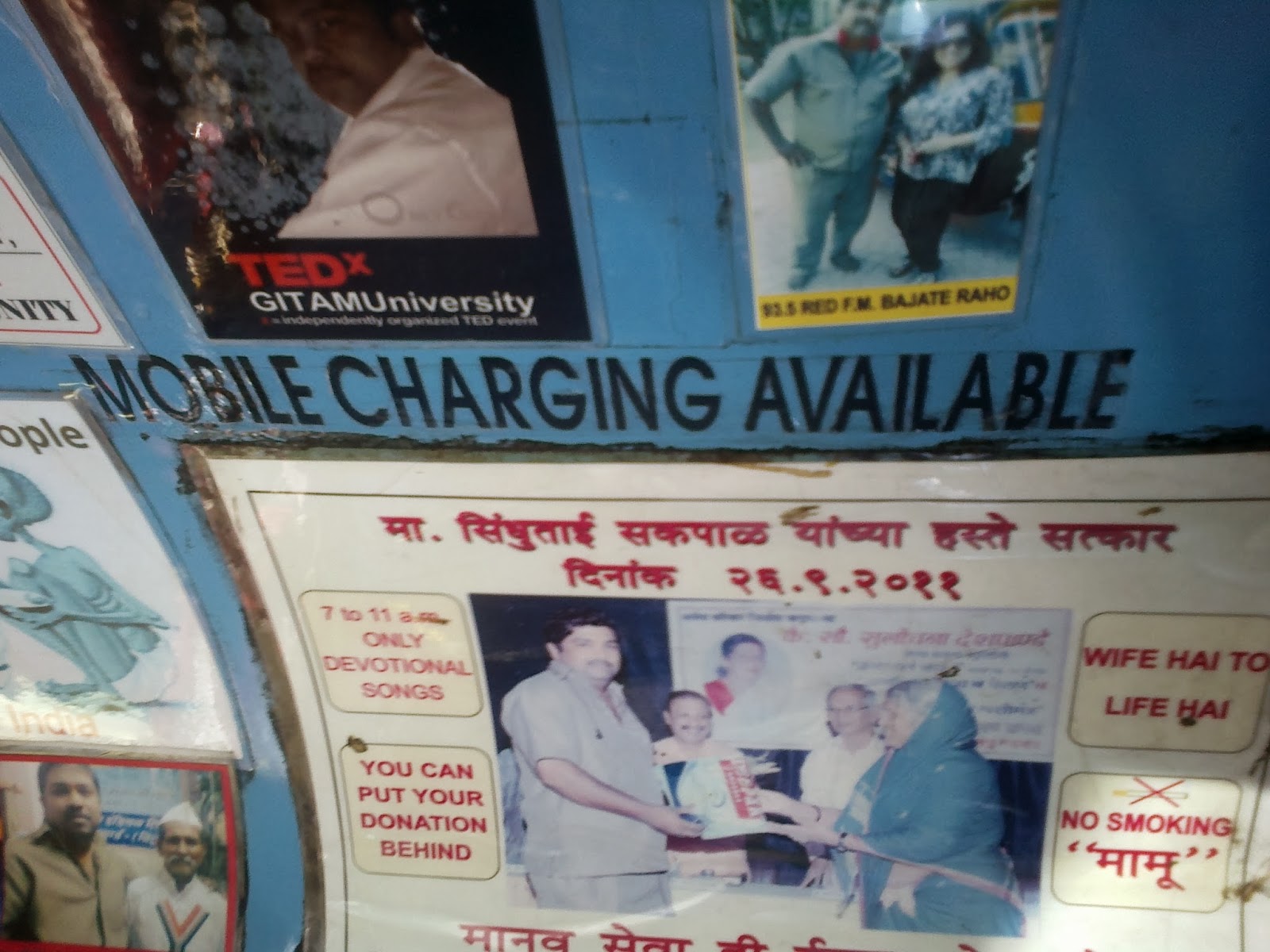 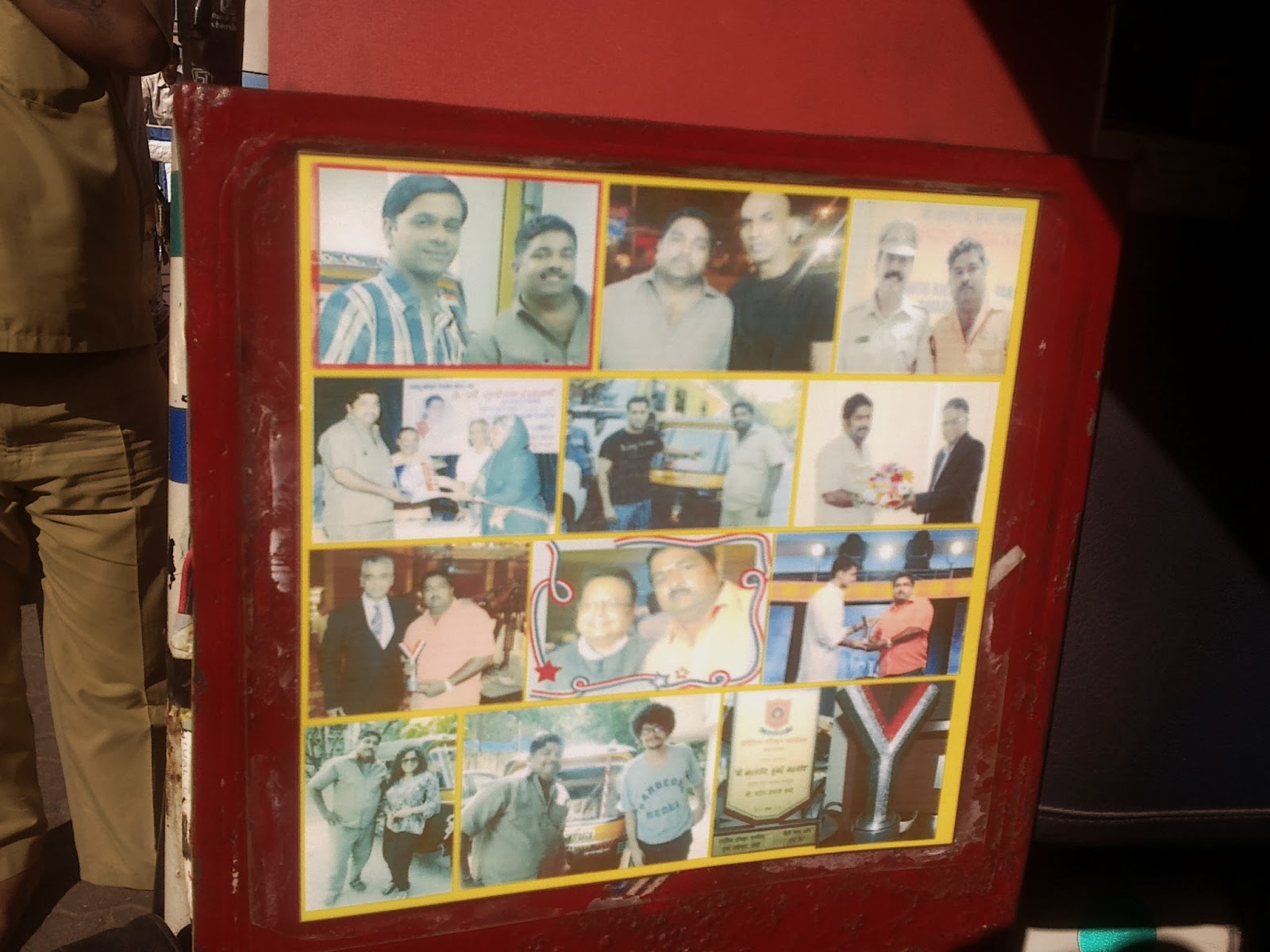 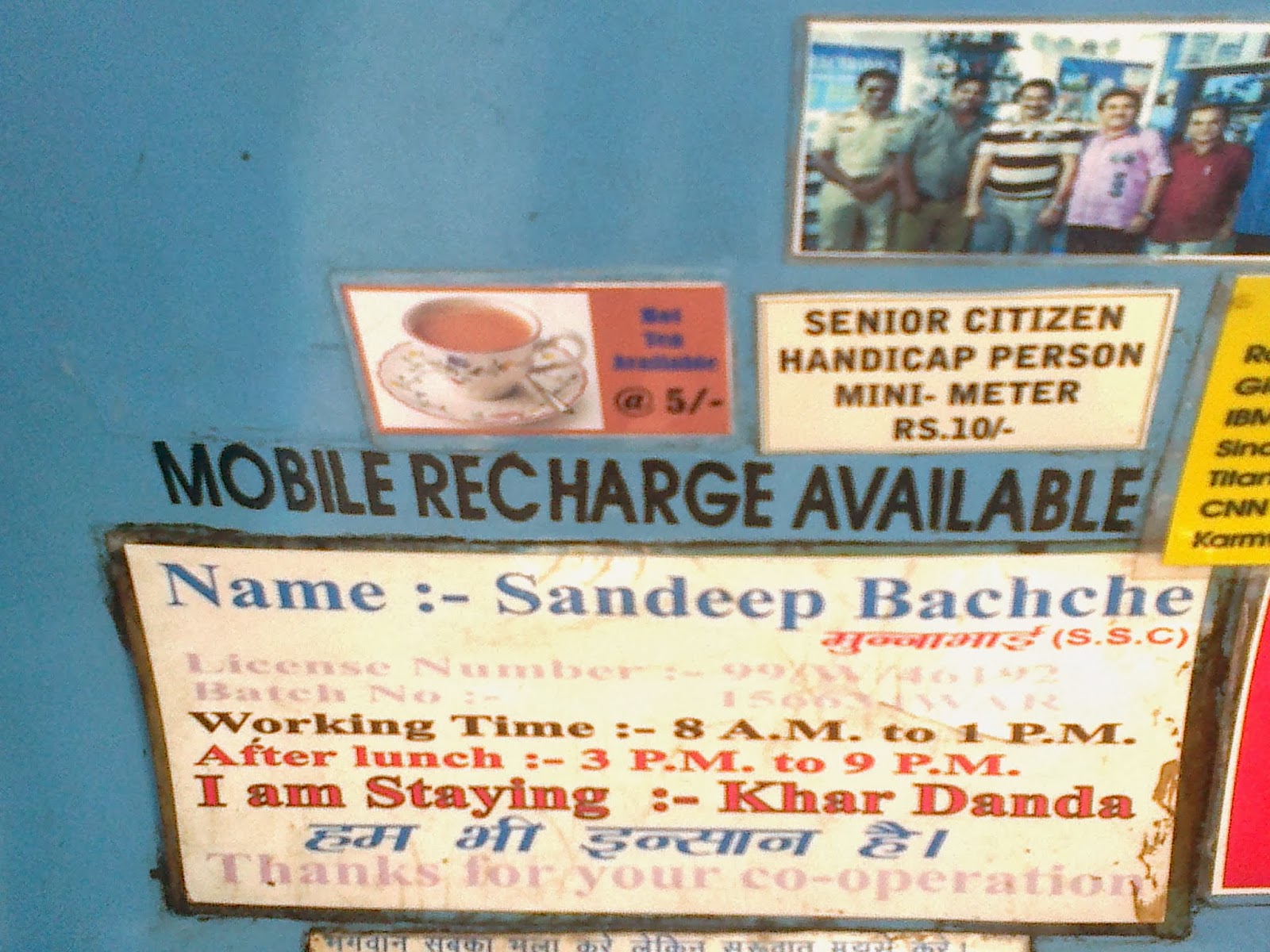 Tea for Rs. 5, and the photo looks like that of the Tarak Mehta cast! 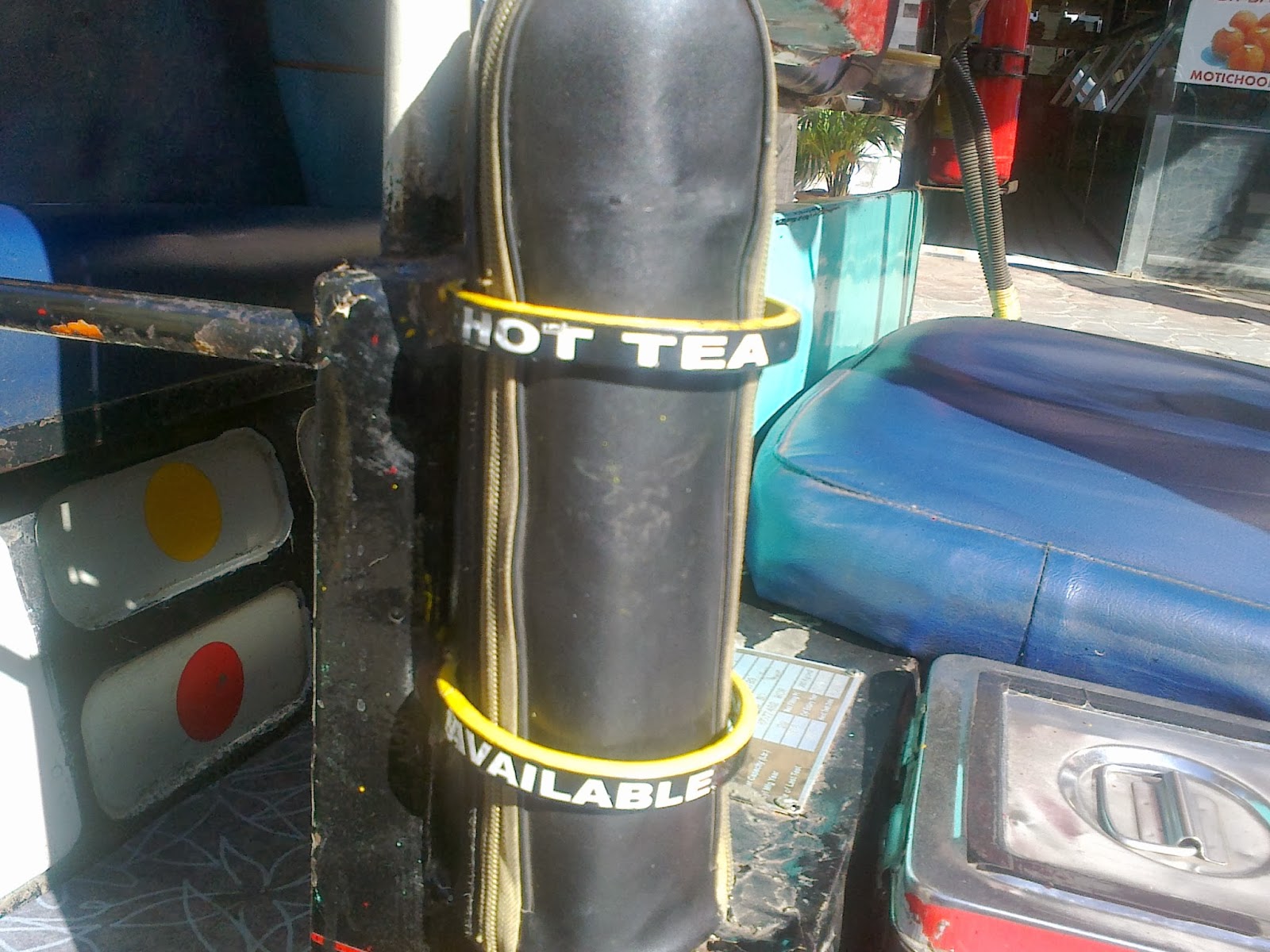 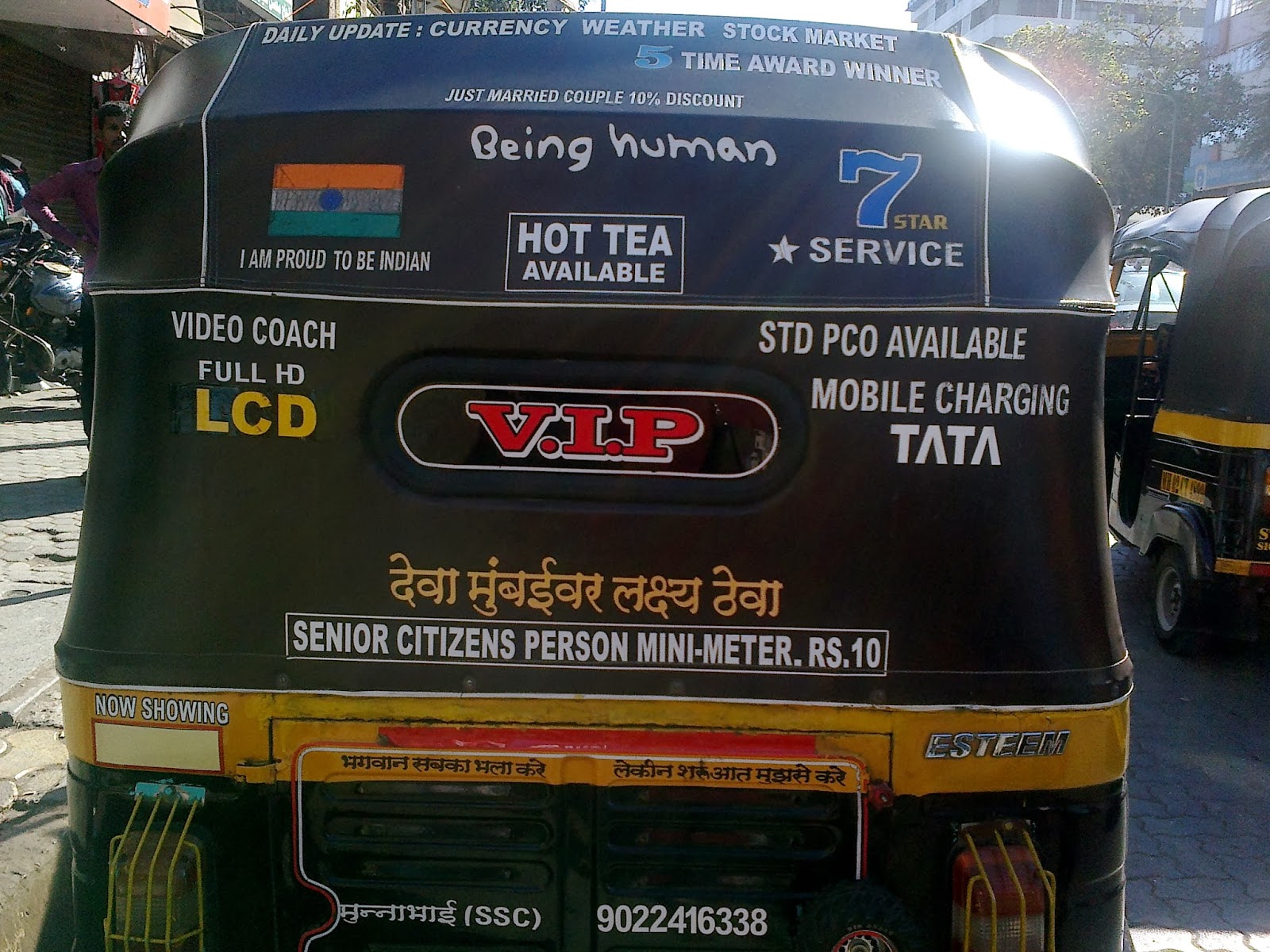 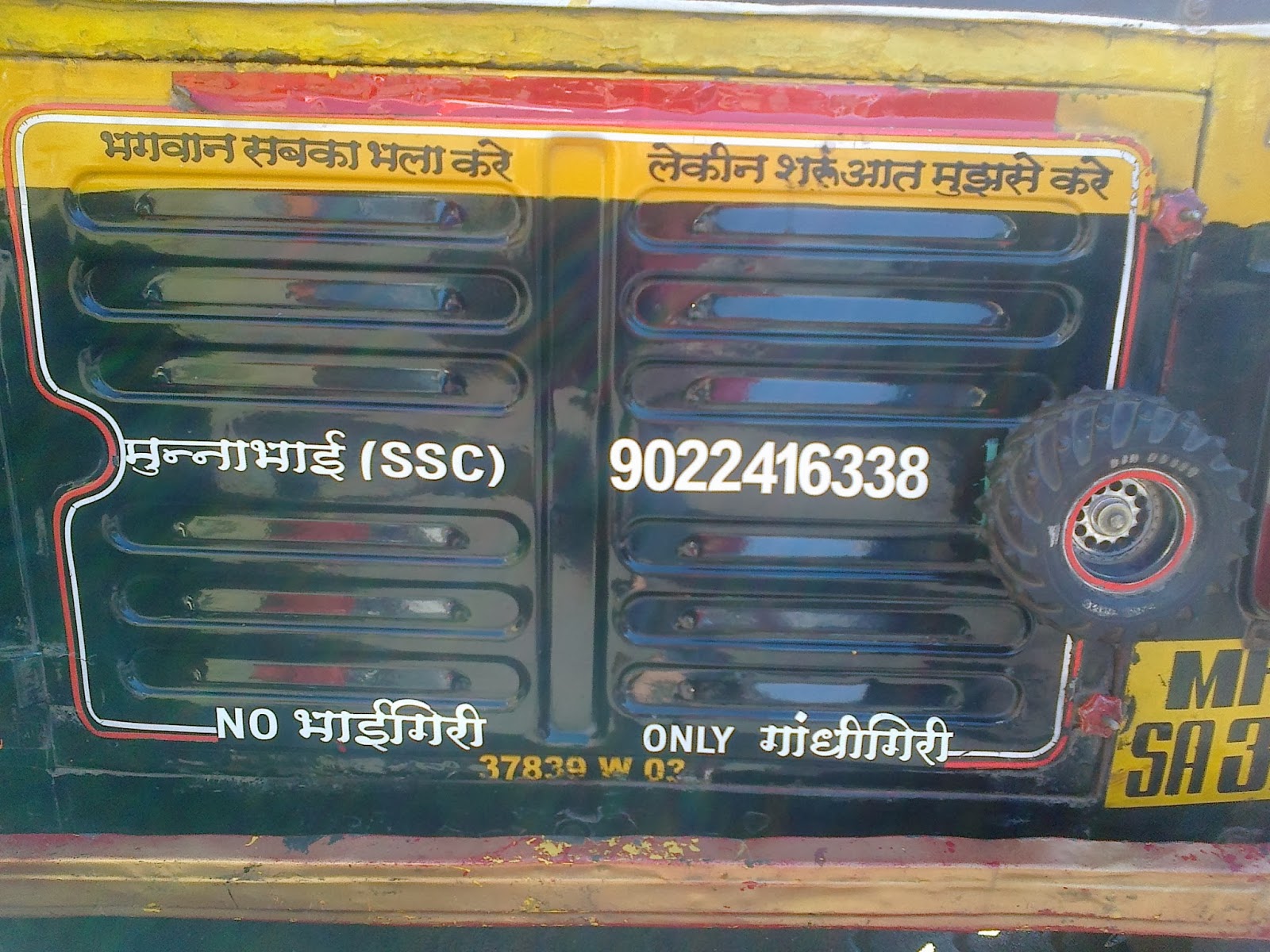 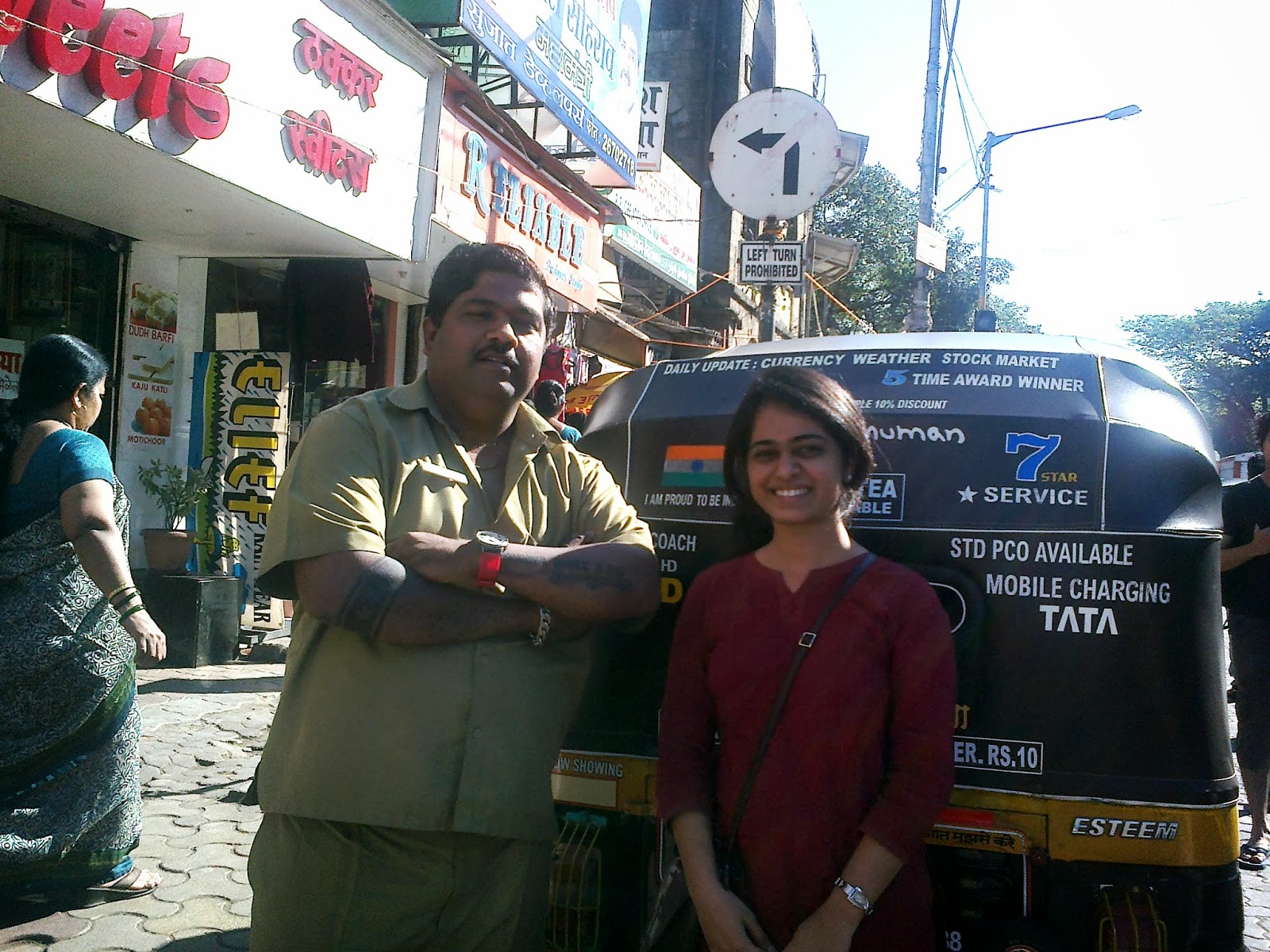 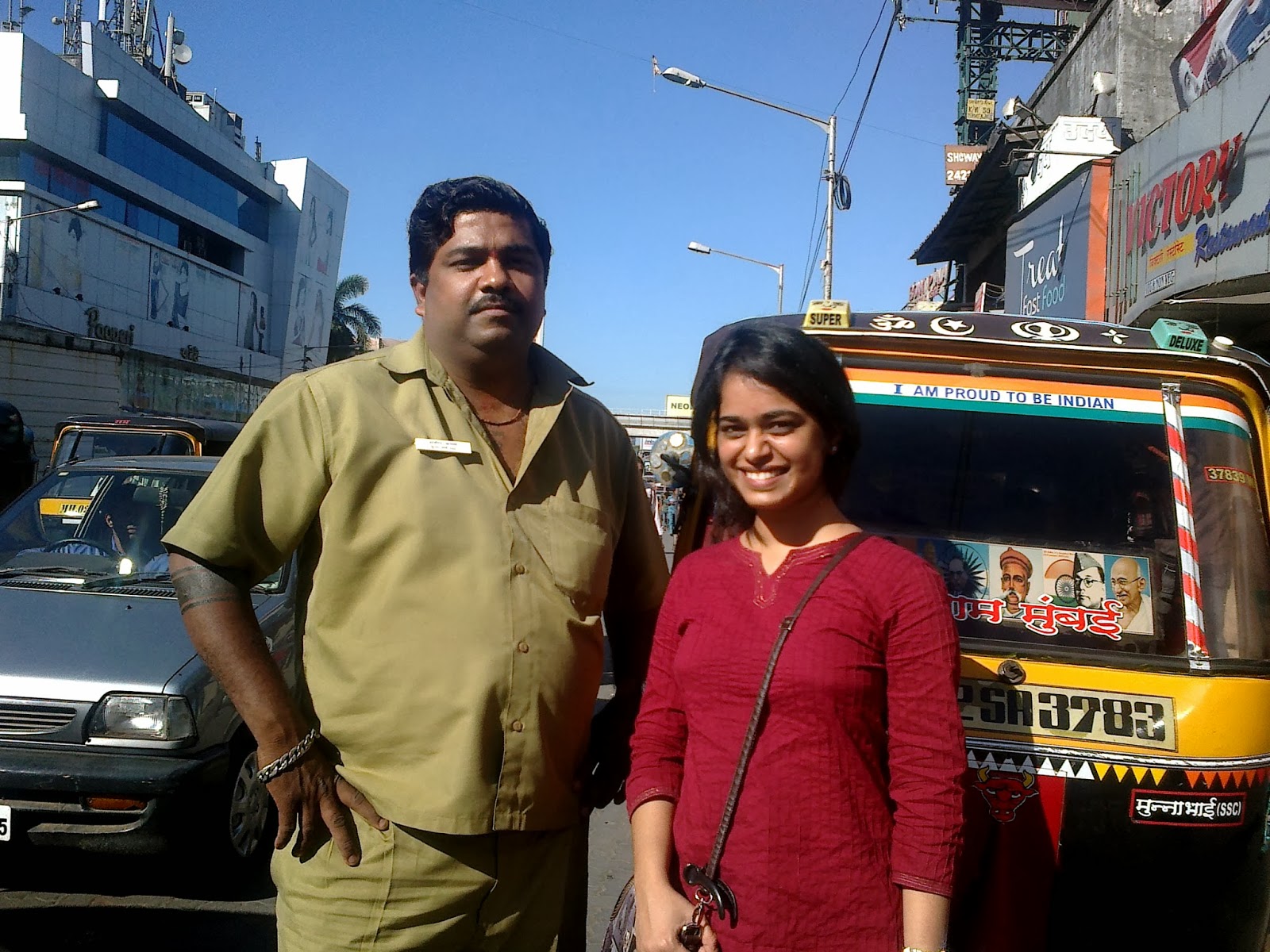 So, this was my meeting with him and all that I mentioned was narrated by the man himself.

I am really interested in hearing from people who he has helped or know someone he has helped so if you're one of those people, leave your views & thoughts in the comments below :)
Posted by Anubha at 3/06/2014 01:50:00 AM

I met him too, photographed and featured him on ONlyGizmos many years back. A little turn off was his pestering for money for featuring him on OnlyGizmos (I guess we did pay a bit).

Wow that's quite a turnoff considering what I've heard from him. Can't tell why he did that. Maybe he needed it? :/