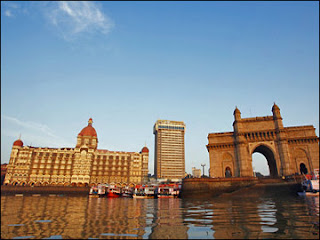 Of late, all I hear of is .. a shop being demolished.. a man being beaten up .. for no fault of his, on
the mere accusation that he's spoiling the "culture" .. Does our culture include beating up people, destroying valuable property, enforcing illogical rules on others without having the right to do so?
The recent occurences by the MNS activists has developed great dismay amongst all
Bombay (I prefer calling it that!) citizens..
Maybe, Mr. Raj Thackeray is doing this for getting the Marathi votebank, but little does he realise, this is making him lose his self respect in the society.. if he had any!
The activists started with beating up immigrants from UP.
Then it was with cinemas showing only Hindi and English movies.. He made it compulsory for
every theatre across the street to screen a Marathi movie. If that wasn't enough, he forced people to change their company/restaurant's names from Bombay to Mumbai.. Its so ridiculous changing names like Bombay Blues , Bombay Dyeing, Bombay Scottish .. to Mumbai Blues and the like. Its not even his right to do that.. No one even bothered to take action against this.
And then he came up with what he calls "the Marathi revolution" .. He forced shop owners to
change their hoardings from English to Marathi, with the Marathi font larger than the English one. It was a rule by the BMC, agreed. But who gives this party a right to take it in its hands? A
deadline was given, and after this deadline, the BMC took action, fair enough. Was the drama
created by these MNS activists necessary ?
And then again, at the music release of the Bacchan movie "Drona" , Jaya Bacchan chose to
speak in her own mother tongue offering sincere apologies to Marathi folks asking them not to
feel bad. This was interpreted as an insult by the MNS activists.. How can they even think of
something like that? Moreover, he banned Bacchan movies being shown in theatres.. If this wasnt enough, he went ahead and asked everyone to stop using products which the Bacchans endorsed..  All this... and the government is doing nothing but look!!
When the Mumbai commissioner rightly said that Mumbai does not belong to anyone in
particular, but to anyone who resides in here , he passed a harsh comment against this
commissioner too !!
He's really a hypocrite.. he had himself taken up German in college, and he chants Marathi slogans while he sends his son to Bombay Scottish!
They'll soon ban English too! All in the name of statehood..!!
I say, he should be arrested for provoking communal violence.
Why cant they do something constructive instead of all this ???
Recently with the Ganpati celebrations going on, in VileParle, a man requested for the volume of
the Bhajans to be turned down since his dad just had a heart operation.. He was beaten up by the Shivsena activists of his society!
This is not even humane..!! 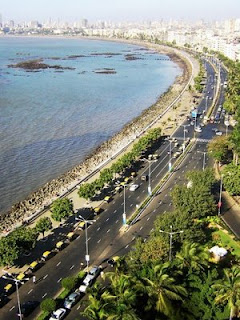 I am very passionate about Bombay, and I love this city for the freedom it offers, for
the way
people of different communities live together in harmony, celebrate festivals together
irrespective of what religion they belong to..
Even during the 11/7 blasts and the 26/7 floods, no injured Maharastrian asked for a helping hand from another Maharashtrian... we left it all behind cuz when it comes to humanity, nothing else matters!
My college group consists of Punjabis, Gujaratis, Muslims, South-Indians me being one myself,
Maharashtrians, North-Indians, and I love it when we all have our dabbas together during breaks.. I love it when I'm never asked for my last name, and when I'm asked where I'm from, I proudly say Bombay!
But with the current scenario, I wont be surprised if all of us would be kicked out of here soon.. i
already don't like the look of it anymore.. its really sad..
Posted by Anubha at 9/14/2008 03:50:00 PM

tires of all these too! and most of the people love harmony! Its the politicians who enjoy these and reap benefits, GOd knows how!

Disgusting! How cheap can a person get? I think he's a power-hungry maniac who needs to be arrested!
Do one thing, come to Bangalore! :)

I guess the country is LITERALLY going to the dogs....

well Anubis.. u have really managed to strike more than a chord... yes thats what is happenning and what can we do to stop it.... if we protest we'l b beaten up n unsurprisingly our blogs closed down bcuz of the English attitude..... God knows when we'll get liberation in the real sense.... Violence is only justified when its used for propagating Justice...
instead of his 'Saam-Rajya' we are now in 'Shame-Rajya'.... kudos 1ce more Anubis... this wil really instigate / awaken people to the real state of events happening.. n I'm totally behind your justification as I 2 am a southie... God save us !!!!

@sakhi
ya its the vote hungry politicians who create all problems..!!

@mirrorcracked
Cheap is an understatement :)
Ya I've been to bangalore twice, i like dat place ;)

@Aravind
well we have to protest and speak out for ourselves, if all of us start doing it, i m sure it will make a difference. if everyone realises what he's upto instead of just blindly following what he says without applying their heads to it, things can really change around here!!!

i was not aware of German and Bombay Scottish thing ...
u shared valid bunch of information (haven't testified though :) ) ...
the worst thing happened recently is Mrs Bachchan's case .. pathetic was that ... anyways got good matter to read

@anonymous
well i've witnessed some of these myself.. many of the shop owners in my area changed their hoardings in fear of those activists coming and destroying their shops. Moreover, i've seen him talk on television, i don't understand how ppl come under his influence.
and yeah, bacchan's case was ultimate !!

@nissim
I haven't seen the ad .. I just read some billboards wid dat tagline.. wat does it mean ????

and are you Mr.Anonymous.. his/her initials are NN , just like yours.

the man being beaten up for requesting lower decibel levels was horrid!!!

@alphabetworld
yea its really sad, its worse that nothing can be done.. :(