Of Displays and Drivers ..

I was fidgeting with my remote ,  flipping through the channels .. nothing really was worth watching on television.. rather, I had no idea what was being aired and on which channel.. i don't watch tv dat often but dat day I didn't have a choice.. after half an hour of switching 999 channels (Tata Sky and my life is NOT AT ALL "jhinga-la-la", and FYI they dont give u all the 999 channels, a lot of them are paid channels and a lot are empty..), I shut it down .. err.. turned it off.. and then once more, I turned to look at my empty cabinet and sulked (cabinet here means my PC case)..  I had nothing to do .. I had finished reading all of Indian Express and Hindustan Times in the morning.. Yes, the sports section as well !!!  I dozed off to sleep , got up in an hour .. switched through the channels, looked at my cabinet again..sighed.. called up a couple of friends, who only made me feel worse by sayin they were all conferencing on Gtalk lab ed... went back to sleeeep...!!
I had never imagined a single day in my life without my PC .. It has been my constant companion since I was 5 .. The last couple of weeks really put me to test !!!
My monitor was giving me problems.. (actually, it was my Motherboard but i figured dat out later! :D) .. The monitor would just go off when i was in the middle of something... I could hear songs playing, and XP start-up and shut-down sounds.. just couldn't see anything on screen.. so I assumed something must be wrong with my monitor.. I got my neighbour's monitor to test, and it worked.. The next day my neighbour's monitor also went off in a while .. so then I assumed it must be the data cable .. so I tried switching the data cables.. it still wouldn't work ..!!!
Then one of my techie-friends said there must be something wrong with the on-board display on the motherboard.. I was hoping that should be it, atleast I'd know what the problem was !!! And then another one said it could be the drivers.. I borrowed my friend's graphic card for a coupla days, the display didnt go off even once with the graphic card inserted, so I either had to buy a new GC or a new motherboard.. The next 2 days, I was searching for my 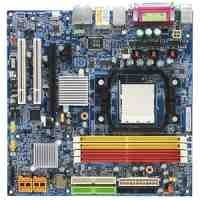 motherboard box and saw it was under warranty.. I rushed to the Gigabyte service centre (takes an hour by train + auto :-( ).. They were pretty fast (took 5 days), I got back my motherboard , assembled everything.. it started.. the display hasn't gone off even once since then :-)
I experienced what it was like without my comp .. It has become such a big part of my life, a basic necessity !! All I would do is watch television (rather, switch channels till my fingers got bored), read books, and sleeep.. It did bring me some peace for a change.. sometimes I'd feel restless especially when my friends were conferencing on chat and I couldn't join them :-( , i couldn't even work on my projects, do my practical homework,  surf blogs, write a post, check my scraps, listen to my favourite songs or watch movies .. but couldn't help it. They always say you should never be so dependant on something so much that it affects ur living.. all good that came out of this is I survived through it all and feel pride in it :D ..
P.S: Feels great to be back !!! :)
Posted by Anubha at 9/06/2008 11:20:00 PM

You are absolutely right about that.. we take some things for granted never thinking what our life would be like without them.. happens most with parents and next with technology, like tv before comps. come along...
nyway, nice post and nice blog

Hehehe... Reminds me of the trouble I've had with my useless comp! :)
Mine's 10 years old and no warranty applies..!! I once asked someone how much they'd pay for it, and he said, "Sir, You should pay me if I have to take this comp!" Hehehe...
I can imagine how hard it must be without the PC, though...

Interesting...yea...we're all dependant on something, am sure...like me and my mobile...cant live without messaging frnds ;) calling gets a ll boring...things are shared too fast....among us, we have a rule of "one sms". wen tht space is up, we HAV to send...and type th next ;)
i've spent hours explaining stories this way....dumb, but its fun :D ;) ;) ;)

@perx
ya its not a good thing to do , but it happens on its own.. we engross ourselves so much in some things dat we take the rest for granted..

@alphabetworld
hehehe .. ya i ws also used to msging a lot, but stopped doing so when my scheme gt de-activated.. :-D my pc is sumthin though which i cn never let go..